Brighton vs Crystal Palace Where to watch?

Brighton will be without the services of Jeremy Sarmiento on Friday night owing to his participation in the Africa Cup of Nations, while Yves Bissouma will be absent due to his participation in the tournament. Lewis Dunk, who has been sidelined with a knee injury, has an outside chance of returning to the team, while Enock Mwepu should be able to overcome a hamstring injury to be ready for selection.

As for the home side’s starting XI versus Palace, there aren’t anticipated to be many surprises. The front two of Neal Maupay and Leandro Trossard are expected to start once again, while Alexis Mac Allister’s brace against Everton should ensure that the Argentine gets another start.

In terms of the Palace squad, Jordan Ayew, Cheikhou Kouyate, and Wilfried Zaha are all missing owing to their participation in the Africa Cup of Nations for their respective nations. James McArthur is also still out with a thigh injury, but Olise, who has already scored in back-to-back games for the Eagles against West Ham and Millwall, might get the nod in the starting lineup.

Conor Gallagher, on loan from Chelsea, is available after a period of inactivity due to sickness, and the midfielder is expected to play in the centre of the pitch.

Three of the previous five Premier League meetings between these two teams have ended in a 1-1 draw, and there haven’t been more than two goals in this match since March 2019, so it is unlikely to be a high-scoring affair this time around either. A point would not be the worst outcome for any club, and we have been forced to settle for a draw in this matchup. 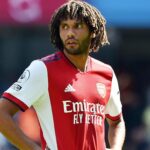 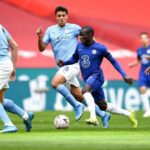