In the Group D fixture, Guinea-Bissau are all set to Egypt with an intention to make a move in the table. After a disastrous first game, Egypt will look to recover their lost position and make further strides.

In the first game of the campaign, Egypt lost to Nigeria and had very few shots on target. Egypt ended up losing the game and they find themselves fourth on the points table.

On the other hand, Guinea Bissau managed a draw against Sudan in an end-to-end game. Guinea-Bissau enjoyed the majority of the possession throughout the game with four shots on target. They will look to make advance to the second position with a win on Saturday.

Both teams are going head to head for the first time in any international competition.

Egypt: Ahmed Fatouh and Akram Tawfik will miss the game against Guinea-Bissau. Akram Tawfik is set to miss the remainder of the competition owing to injury.

Mohamed Salah’s Egypt is not in fine form at the moment. The team struggled to have a shot on target let alone finding the goal. On the other hand, Guinea-Bissau have not scored for a while in the international games. We can expect one more low-scoring game in AFCON with Egypt running away with a win. 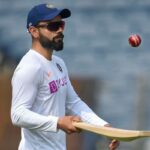 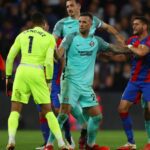