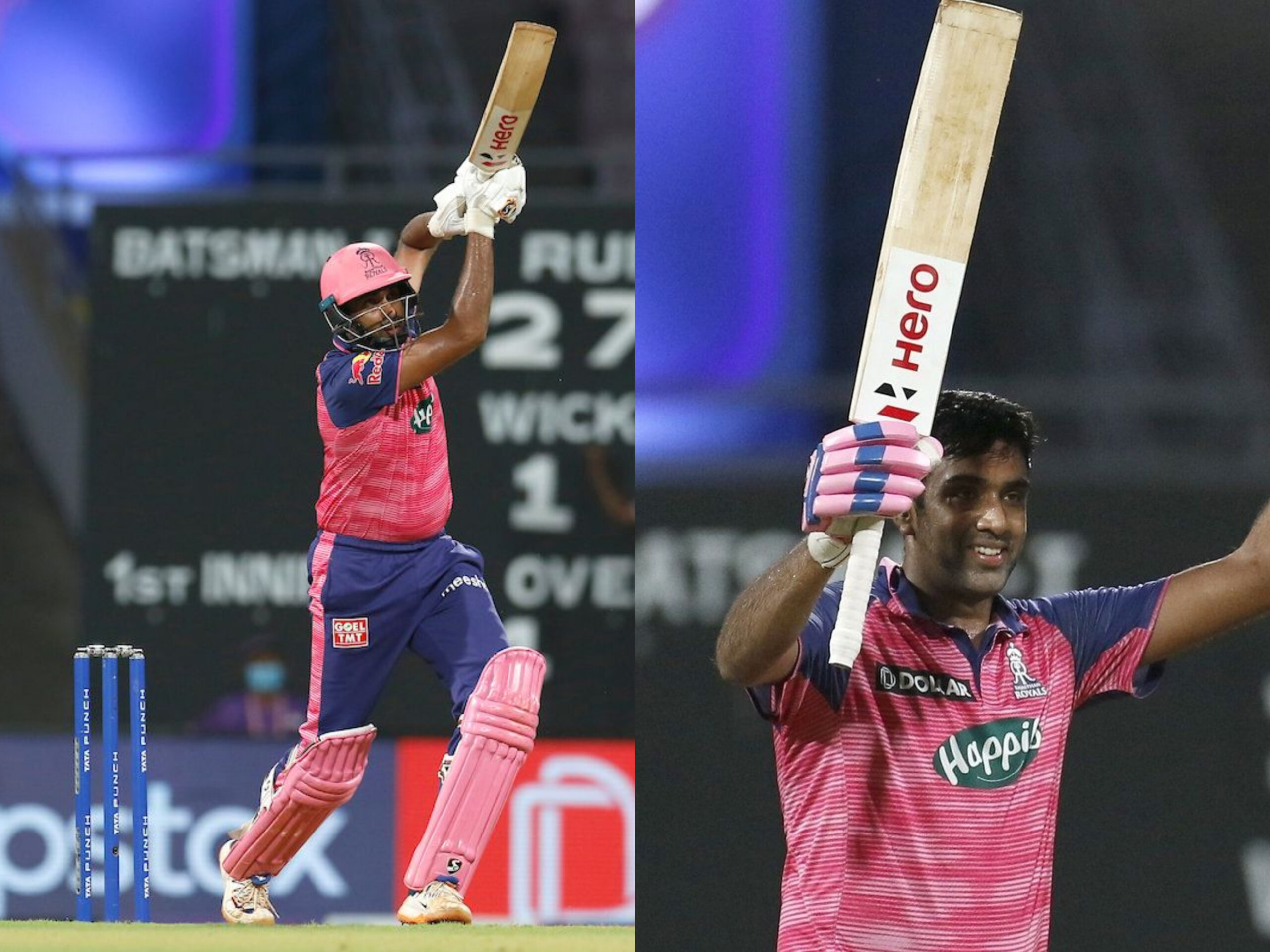 Ravichandran Ashwin was promoted to number three today in the Rajasthan Royals in their fixture against Delhi Capitals on Wednesday. He scored his maiden IPL half-century, hitting 50 off 33 balls, anchoring the Royals innings and helping them post a total of 125 on the board. Ashwin hit fours fours and two sixes en-route to his fifty, batting at a strikerate of 131.

Sanju Samson lost his tenth toss of the tournament and was sent in to bat by the Capitals. The IPL’s Orange Cap holder, Jos Buttler, fell for a low score today after making 7(11), and it was Ashwin who walked in to bat. This is the third time this season that Ashwin has been used as a pinch-hitter early in the innings, the first being the famous instance where he was retired out against Lucknow Super Giants to allow Riyan Parag an entry point to make quick runs in the death overs. The move worked then, and the Royals’ management adopted it as a tactical strategy.  Ashwin now has 133 runs in IPL 2022 at a strike rate of 144 and average of 22.16, as well as 9 wickets.

Ravichandran Ashwin promoted up the order in absence of Shimron Hetmeyer

Ashwin added a 43-run partnership beside Yashavi Jaiswal, and when the youngster was dismissed for a run-a-ball 19, he was joined by Padikkal. The two added 53 off 36 balls before Ashwin was dismissed after scoring his 50.

Rassie van der Dussen replaced Shimron Hetmeyer in the Royals’ lineup, as the West Indies all-rounder returned home to Guyana for the birth of his daughter. The absence of their trusted finisher probably prompted the move to send Ashwin above Samson and Devdutt Padikkal today, with Samson expected to shoulder the heavy hitting later on in the innings.

Ashwin didn’t retire out today, but was caught after skying a Mitchell Marsh delivery to David ZWarner running in front extra cover. This paved the entry point for Samson, but unforrtunately he couldn’t take off.

Using Ashwin as a top order batter in the PP (which is the only phase in which he could even theoretically be of use as a T20 bat) to extend your shallow batting line up is one of the best tactical ploys in this IPL.

Forget Jos, Ashwin is good enough for this lot.

50(38) for Ashwin. Well played.
More importantly, playing Ashwin at 3 is a very bold idea. It's working out quite nicely so far. This shows RR has a very good think tank. #RRvsDC

Ashwin has played an excellent innings here. He's batted 5 overs at a run rate of 8 when team's run rate after 12 overs is under 7. And this is a difficult to pitch to bat on. The ball is stopping and coming.

Most days you take it with both hands if you're No.3 makes a 38-ball 50. That Ashwin can do that, while being the bowler he's been, makes him who he is. Unparalleled genius. https://t.co/8rnevwmw7L

The kind of guy Ashwin is he’s probably been putting in more hours batting practice than the batters in the team, finding ways to make this new role work even if he doesn’t have all the skills for it

The kind of guy Ashwin is he’s probably been putting in more hours batting practice than the batters in the team, finding ways to make this new role work even if he doesn’t have all the skills for it