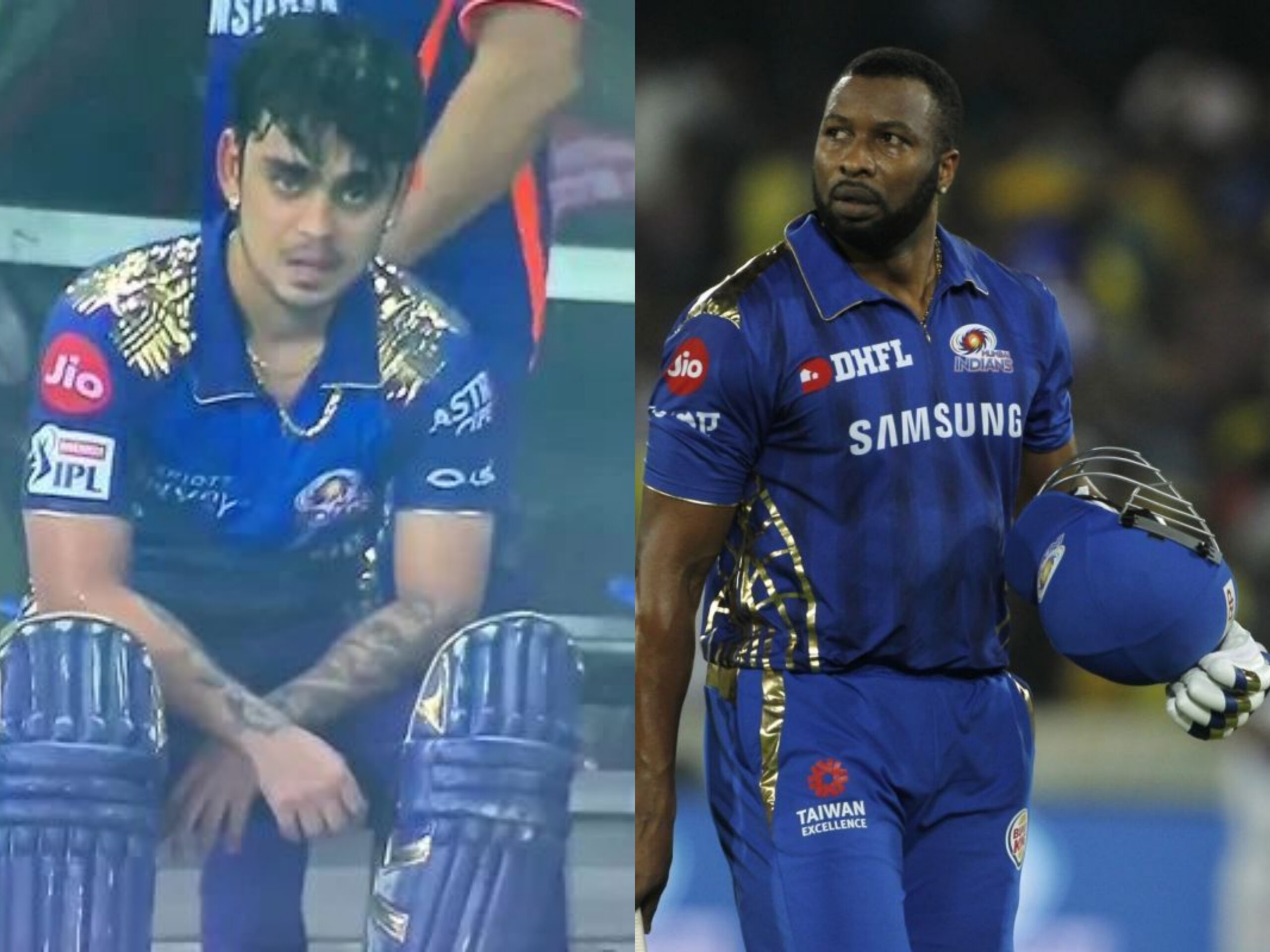 Mumbai Indians have suffered an awful collapse in Saturday’s game against Royal Challengers Bangalore. MI lost the toss and were sent in to bat, and started out strong with Ishan Kishan and Rohit Sharma putting on a 50-run opening stand of 38 balls, before losing 6 wickets for 29 runs.

Rohit Sharma has looked in good touch this season but failed to convert his starts into big scores. He took the onus of a speedy start upon himself, while Ishan anchored the innings looking totally uncomfortable throughout. The opening partnership was a study of constrasts, with both managing 26 runs each. Except Rohit’s took 15 balls striking at 173, and Ishan’s was stretched tediously over 28 balls at strike-rate of 92.

MI wickets tumbled like dominoes once Rohit Sharma was dismissed right after the powerplay. Their old nemesis from last season, Harshal Patel, returned to torment his favourite foes. He picked 9 wickets against them last year from their two match-ups, and MI still have found no answer. Hasaranga took care of Baby AB, and Akash Deep bowled an oustanding wicket maiden to clean up Ishan, and Tilak Verma was runout in the same over. Pollard departed for a golden duck against Hasaranga. Harshal claimed his second wicket by dismissing Ramandeep Singh.

MI are coming off the back of their third successive loss this season. Like CSK, they have not looked competitive at all and were subject to three thumping defeats – Delhi Capitals chasing their target with 10 balls remaining, then falling 23 runs short agains RR, and KKR breezing through their chase with 24 balls left. MI registered consecutively lower scores as well, managing 177, 170 and 161 from their last three. Only young Tilak Varma, and the recent return of Suryakumar Yadav have shown MI a glimmer of hope so far.

MI's taking this doing one better than CSK challenge a little too seriously.

Only way MI can avoid an embarrassment here is if they manage to bring in Sachin and Jayawardene to bat as concussion substitutes. #IPL2022

MI think-tank probably stopped thinking with the team on auto mode since so many years.

MI have lost just 3 wickets in the powerplay this season. Outside of this period, they have been pretty awful. Like last season.#RCBvsMI #MIvsRCB #IPL2022

Mumbai Indians should have spent the money on good bowlers instead of spending large 15.25 crores on Ishan kishan, kishan really creates pressure on non strikers mostly by statpadding. #RCBvsMI