‘From carrying RCB to being carried by RCB, he has come a long way’ – Virat Kohli fails again, Twitter heartbroken 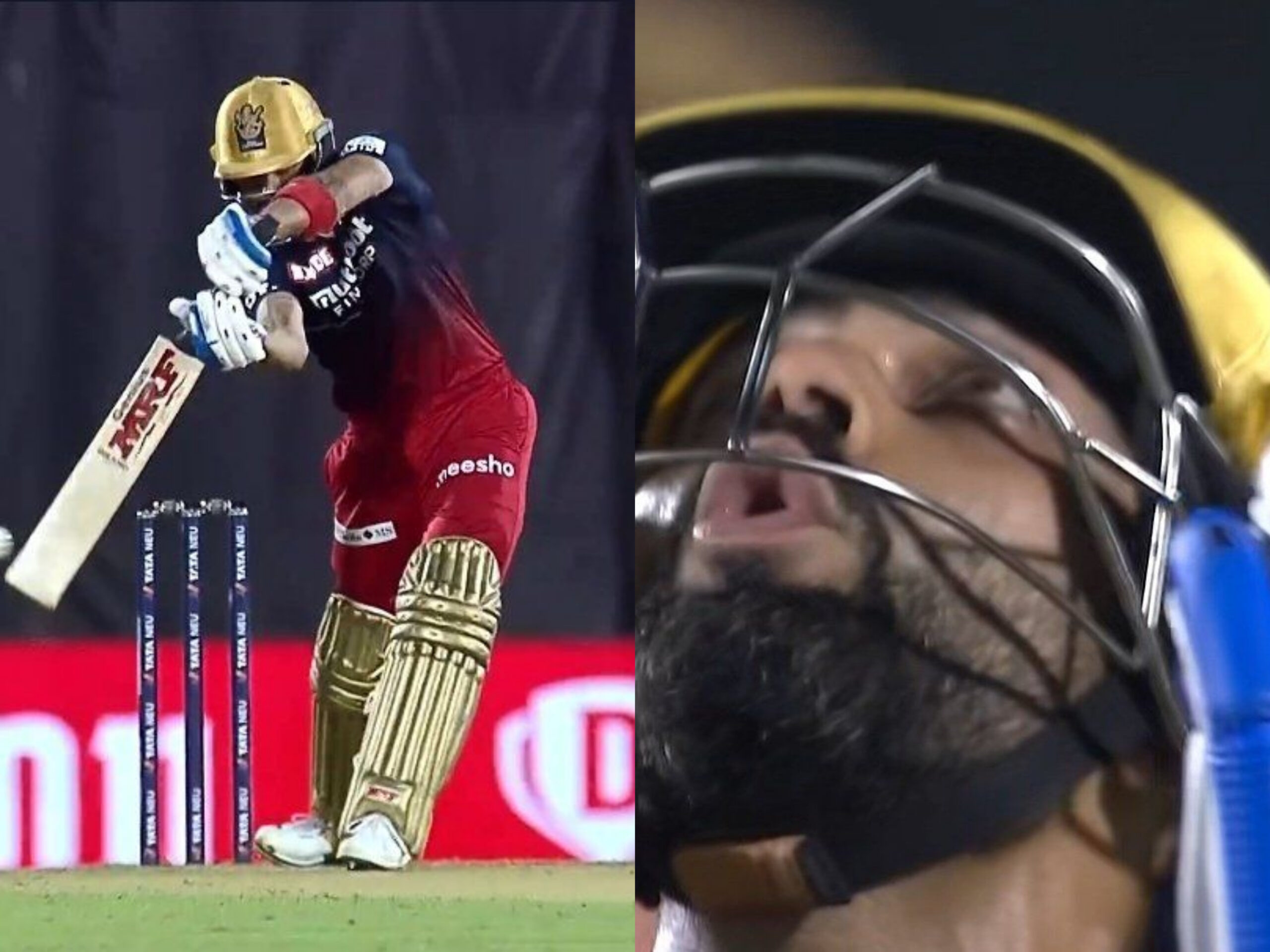 It’s safe to say Virat Kohli is having the worst run of his life. He was dismissed for 18 off 12 balls during Royal Challengers Bangalore’s game against Punjab Kings on Friday, causing his side an early stumble in their mammoth chase of 220.

Kohli seemed to show a glimpses of his former glory when he hit two lovely fours off Arshdeep Singh in the second over of RCB’s run chase, both driven breezily to the midwicket boundary. Then in the next over, he danced down the track to launch Harpreet Brar over long-on for six. But those three breathtaking shots were all Kohli could offer for the day.

Kagiso Rabada was introduced in the fourth over, and took Kohli’s wicket for the second time this IPL. A rising back-of-the-length delivery had Kohli late on the pull, and the ball ballooned in the air to Rahul Chahar at fine leg. Kohli was given not out, as the ball appeared to richochet off his hip but Punjab Kings called for a review immediately. Ultra edge showed that Kohli had gloved the ball before it landed on his body, and the on-field decision was overturned. Kohli had to go.

The batting maestro has had a tough, tough IPL season so far. Including today, he has scored 236 runs from 13 innings averaging 19.66, and batted at a disappinting strike-rate of 113. He has one fifty, but he looked out of touch there as well, the runs coming at a rate far flower than what RCB required.

Virat Kohli, even we enjoyed while it lasted. ❤️

Hope luck turns on your side soon! 🤞

Kohli has hit the ceiling of frustration. At this point, you don't even know who to get angry on. Sad.

From carrying RCB to being carried by RCB, Kohli has come long way 🥲🥲

You can see how frustrating it has been for Virat, from the way he is walking back to the hut saying plenty of things to himself, the universe. Sometimes, things just don't happen, happens with the best, nothing lasts, this won't too, hopefully.

We are putting so much pressure on Kohli.. he doesn’t deserve this hate 🤲 my heart breaks every time he walks away with a disappointment 💔 🥺 I hope something fixes him 🥺 may God bless him 🥺🤌❤️