‘From having the world at his feet, he lost captaincy and now form’ – Twitter heartbroken after Virat Kohli’s second golden duck 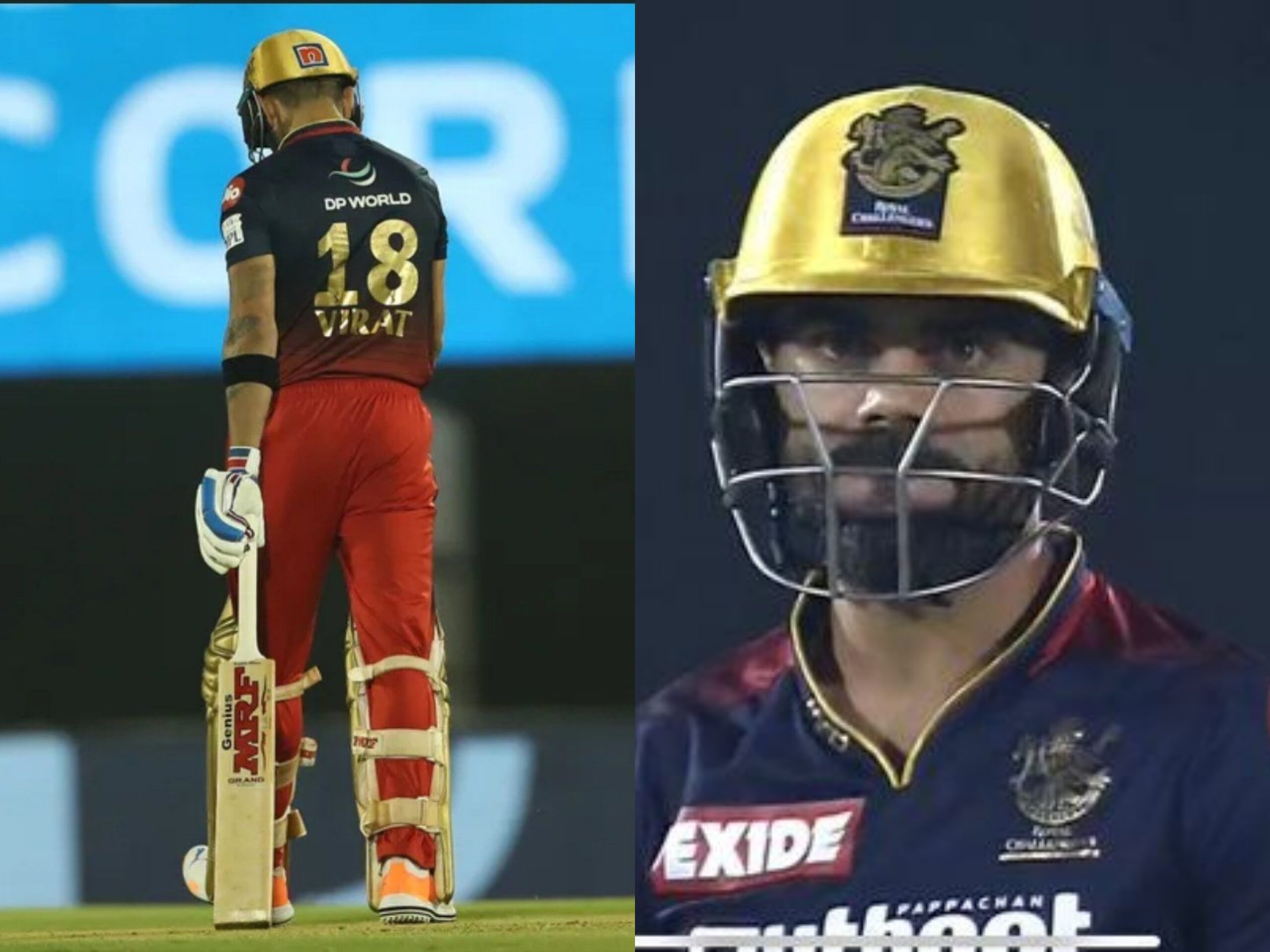 Virat Kohli has made headlines again for all the wrong reasons. His awful IPL continues after he was dismissed for a first-ball duck in Royal Challengers Bangalore’s game against Sunrisers Hyderabad. This is his second consecutive golden duck.

Kohli’s woes with the moving ball around the off-stump line seem to have no end. Today he was done in by Marco Jansen, who decimated the RCB top-order, not just Kohli. Faf du Plessis’ inconsistent season continued as well; his off stump was knocked over by a length delivery that held its line.

Kohli was in to bat next, but Jansen turned up two in two. He bowled a full delivery that angled across the stumps and stayed straight, and Kohli couldn’t resist giving it a jab. It took the outside edge and landed in the hands of Aiden Markram at second slip, masterful plan from Williamson that was perfectly executed by Jansen. RCB has recovered plenty of times from losing three in the powerplay, but their troubes caught up with them today when they were bowled out for 68.

Virat Kohli dismissed for a second consecutive golden duck, for the first time in his IPL career

In RCB’s previous game against Lucknow Super Giants, Kohli was dismissed for a golden duck as well. He miscued the rise of a Dushmantha Chameera delivery that was sprayed in a length outside off, and tapped it straight to the fielder at backward point. Thanks to Faf du Plessis’ 96, RCB recovered from the loss of early wickets to post 186 on the board.

But Kohli’s dreadful IPL season continues. So far he has made 119 runs from eight innings, with two forty plus scores but a dismal average of just 17, and a below par strikerate of 122.

Virat Kohli deserves a much needed break from some matches. A little rest should rejuvenate him.

Who ever talked that giving up captaincy will take off pressure from Kohli batting, stand up with hands above the head and face towards the wall for half day

I've started feeling sorry for Virat Kohli. That expression after getting out was not Kohli. It was melankohli.#RCBvSRH #Kohli

I hope Kohli has all the support system he needs at this time,I can't imagine the burden of being in his shoes at this point.

From having world at his feet he went on to lose his captaincy and his form.

Kohli should be batting below hasaranga i believe

The saddest thing is I had no reaction. A Kohli duck used to make the jaw drop but now it’s just a shake of the head

PS: Hope he doesn’t kill this mood by pushing a chappal ad.

‘Russell in one over has taken the same number of wickets as Cummins, Varun combined this season’ – Twitter in awe at Russell’s death bowling
‘Shame on you RCB, bringing down IPL ratings’ – RCB trolled on Twitter after 68 all out