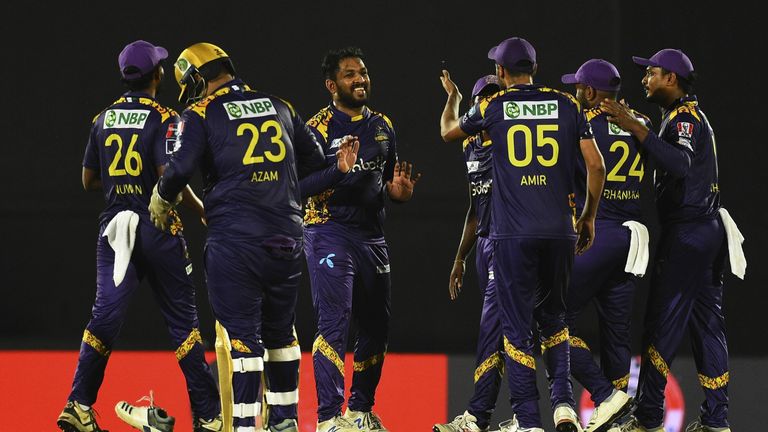 Galle Gladiators will square off against Jaffna Kings in the first match of the Lanka Premier League (LPL) 2021/22 on 5th December at the R. Premadasa Stadium, Colombo.

Galle Gladiators had a brilliant run last season as they finished as runners-up after being defeated by Jaffna Stallions in the finals. They have a good mix of youth and experience in their lineup including the likes of Bhaunka Rajapaksa, Danushka Gunathalkia, Mohammad Amir, and a few more.

On the other hand, Jaffna Kings who were previously known as Jaffna Stallions come into this tournament as defending champions. They too have a good mix of overseas and local talent which includes Shoaib Malik, Avishka Fernando, and some others.

Galle Gladiators and Jaffna Kings have faced each other on three occasions with all the games ending in the favor of the Kings. They last met in December 2020 where Jaffna Kings won the match by 53 runs.

The pitch at the R. Premadasa Stadium offers a great deal of assistance to the spinners. Batting might be easier in the initial stages whereas the spinners would play a key role as the game progresses. The team winning the toss would most likely opt to bat first.

The match between Galle Gladiators and Jaffna Kings is expected to be a close one. Both sides have excellent players in their lineup but given their head to head records, the Kings are predicted to win this game.

The match between Galle Gladiators and Jaffna Kings will be streamed live on the Sony Sports Network, Sony LIV, and Jio TV.