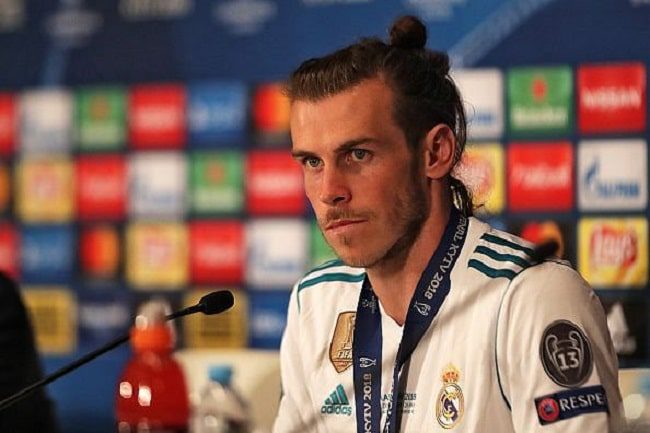 Gareth Frank Bale is a Welsh Professional Football player who plays for Real Madrid and Wales National Team. Bale was born on 16 July 1989 in Cardiff, Wales. Bale started playing as a left back in Southampton and was considered as Free Kick Specialist. Bale started playing as winger when he moved to Tottenham Hotspur where he shifted to an attacking player. Gareth Bale Net Worth 2021.

At 16 years of age, Bale helped his school’s under-18 team win the Cardiff & Vale Senior Cup. In his final year at school, he was awarded the PE department’s prize for services to sport. Bale was very talented from a very young age.

Gareth Bale is one of the most famous strikers on the planet. He was transferred to Real Madrid from Tottenham Hotspur on 1st September 2013 for a record breaking fees of €100.8 million. It was one of the most expensive transfers. Bale has made a lot of fortune by Playing for Madrid. He has performed whenever the side needed. Bale has a net worth of $145 Million making him the seventh richest football player.

In 2013, Bale moved to Madrid on Six year deal for €100.8 million. Then later On 30 October 2016, Bale signed a new contract with Madrid until 2022. On 19 November, 2020 Bale Moved to his old Club Tottenham Hotspur for one season on loan. Bale still has 1 year left with Madrid and is considering to retire once the Contract gets over. Bale has not been able to perform over the years due to continuously being Injured and Unfit.

Gareth Bale is the highest earning player in spurs right now. Bale is earning £250,000 per week in Tottenham right now which is 40% of his Salary at Madrid. His reputation and skills made Spurs pay such hefty amount to the star.

Bale is a well-known figure, and he, like Messi, has become an important element of Adidas’ marketing strategy. In 2014, the Welshman renewed his contract with the corporation for a six-year period worth $26 million. Bale has also signed sponsorship deals with Nissan Motor, Konami, and Foot Locker, in addition to Adidas. From these businesses, he currently makes around $11 million.

Gareth Bale lives in Madrid with his Fiancée Emma Rhys-Jones who used to be his high school love. Bale welcomed his first child Alba Violet on 21 October 2013 in Cardiff, then on 22 March 2016 they welcomed their second child Nava Valentina and on 8 may 2018, Bale and his partner welcome their third Child Alex Charles..

Bale is a teetotal and Bale appeared for FIFAs campaign for Ebola in 2014 along with Ronaldo, Neymar, Xavi and Drogba. In April 2020, he and his wife Emma donated £1 million to health boards in Wales & Spain to help in the fight against the Coronavirus pandemic.

Apart from Football, Bale is a huge fan of Golf. His love of Golf was criticized by the Spanish media and they told that Bale acted of being Injured to play Golf. Bale even has a replica of the 17th hole – the island Green – at TPC at Sawgrass in his back garden.

2012-13 Tottenham Hotspur Player of the Year

Piyush Chawla Net Worth 2021/22, Salary, Central Contract, Personal life All you need to Know
Top 10 Most Popular Football Clubs With The Most Fans in The World