Genoa Vs Cagliari, Betting Predictions; Where To Watch? 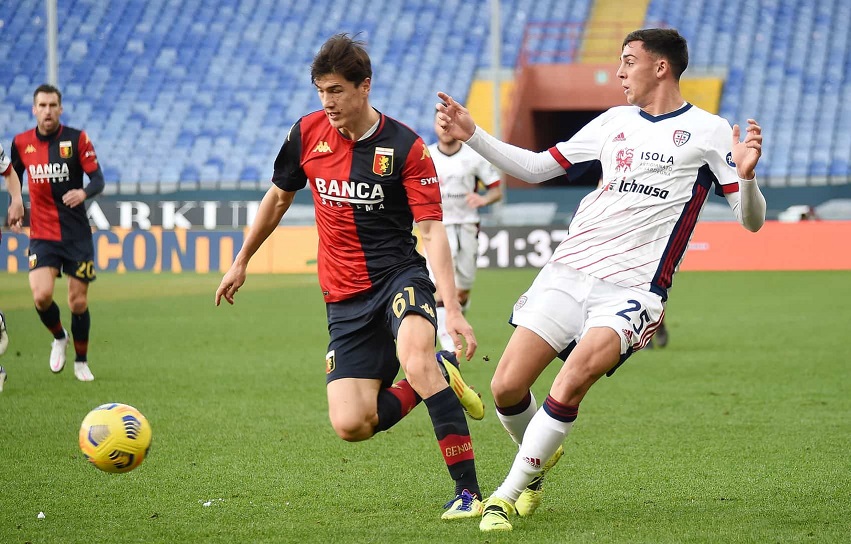 Genoa vs Cagliari: Where to watch?

Blessin is set to make changes to his Genoa starting lineup, including recalling attacker Mattia Destro off the bench. In a creative position behind the primary striker, Filippo Melegoni is a possibility, although Kelvin Yeboah may stay among the substitutes as the quest for his first goal continues. This game is anticipated to come too soon for injured trio Nicolo Rovella, Andrea Cambiaso, and Zinho Vanheusden, who are all set to miss out on the match.

As a result of Matteo Lovato’s five-game ban for picking up five yellow cards, Mazzarri will be compelled to make at least one change to his Cagliari starting lineup. Luca Ceppitelli, who has not played 90 minutes in this calendar year, and Charalampos Lykogiannis are two players who might be called upon to make a cameo appearance in what could be the lone alteration.

As a result, Genoa has passed the stage when draws are of any benefit to them if they want to reach the goal that they might have set for themselves at the start of the campaign. They must go all out for maximum points against direct rivals. This is especially given that the game will be played on their own turf. Although Cagliari will consider this match a must-win, we believe the visitors will come away with a share of the spoils after a hard-fought victory.