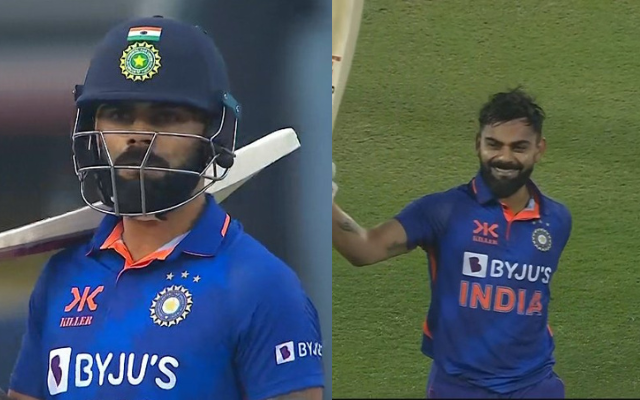 Virat Kohli has time and again proved that he is an incredible run-machine across all three formats of the game for Team India. The right-handed batsman was going through a rough patch as he didn’t score a century in the 50-over format for close to 40 months.

Needless to say, he weaved the magic with the bat by scoring his 44th ODI century during the dead rubber against the Bangladesh cricket team in Chattogram, which was also his 72nd international century.

Notably, he also went past Australia’s batting great Ricky Ponting (71) in terms of most centuries scored in international cricket. Meanwhile, Kohli is part of the ongoing first ODI against Sri Lanka which is being played at Barsapara Cricket Stadium, Guwahati.

The run machine looked quite comfortable ever since he came out to bat in the first game. The right-handed batter brought the best out of himself once again by scoring his 45th ODI century in the Guwahati ODI. Notably, it was also his 73rd century in international cricket. In the process, he edged past legendary Sachin Tendulkar to have the most centuries against Sri Lanka in One-Day Internationals.

The former India skipper Virat Kohli top-scored with 113 runs off 87 balls with the help of 12 fours and a six. In the end, Team India posted 373 for the loss of seven wickets in their designated quota of 50 overs.

Goat for a Reason VK❤️🫶

The one and only king! 👑 pic.twitter.com/vpGKn7Na9o

This is actually what we are waiting for years. ….the celebration 🫣

It wasn't a full fledged ….still I see some of my older kings celebration ❤️❤️

50 centuries not far for kohli…