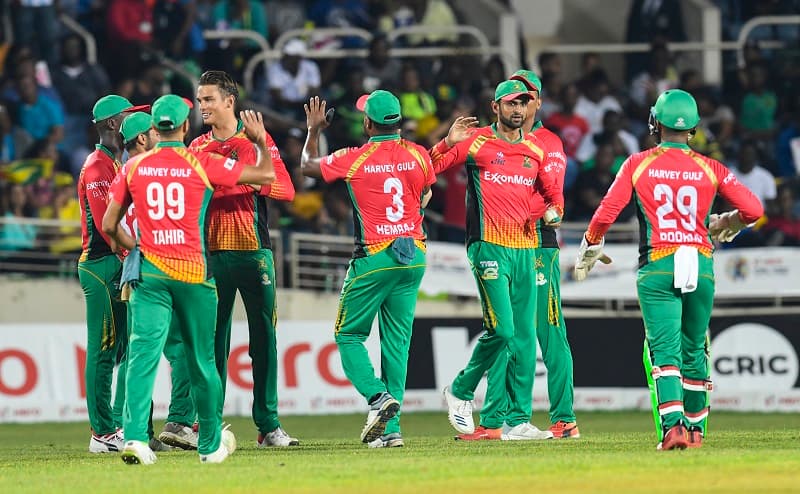 GAW has not gotten a chance to get their hands on the CPL title yet. However, each year they give their opponents a hard time on the field. They have a record of appearing in the Playoffs of CPL every year. Fans are hopeful that this year they might win the title. So takes a look at Players List, Owner, Captain, Stadium, And Fixtures.

Guyana Amazon Warriors or GAW is a very strong team that has always been present in all playoffs and finals of CPL seasons. What makes them difficult to defeat are the teammates. GAW has the strongest and experienced players, who work in coordination. Here is the entire list of players in GAW 2021.

Dr. Ranjisingh Ramroop’s New GPC Inc. owns the CPL team Guyana Amazon Warriors. At present, Johan Botha is the head coach of the team. He is a former distance runner and played for South Africa’s National team. Also, he had coached a number of teams like Karachi Kings and Islamabad United in previous seasons of PKL. Guyana Amazon Warriors plays their home matches at Guyana National Stadium.

Ramnaresh Sarwan captained the team for the maiden season of CPL. The franchise changed many captains. However, for the last 2 seasons, Shoaib Malik was the team skipper. The franchise has not announced the current captain of the team till now. Stay tuned to SportyReport for the updates.

What is the Schedule of Guyana Amazon Warriors 2021?

Here, take a look at the entire revised schedule for the team Guyana Amazon Warriors, 2021. The time for the fixtures is according to LOCAL time.