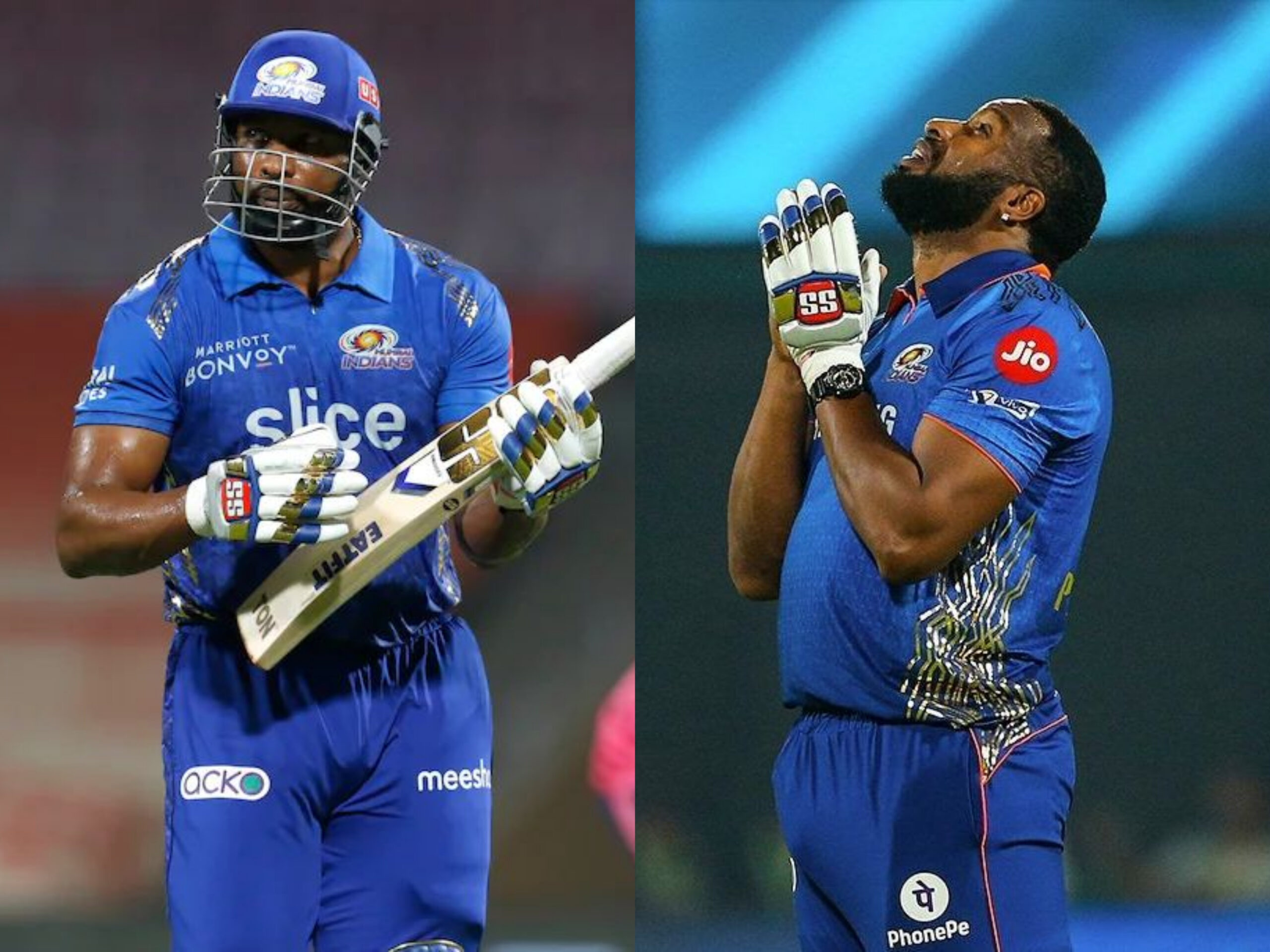 Mumbai Indians all-rounder Kieron Pollard, who turns 35 today, has been dropped for their game against Chennai Super Kings on Thursday. 21-year-old South African wicketkeeper-batter Tristan Stubbs was handed his debut IPL cap, slotting into the side in his place. Pollard’s drop seemed incumbent arrived after a run of poor form this tournament, and it occurred against a team he has dominated in the past.

After MI won the toss and sent CSK in to bat, skipper Rohit Sharma said Pollard’s made way for Stubbs to “help keep an eye on the future”. The Trinidadian has 144 from from 11 games this season, averaging 14.4 while striking at a dismal 107. He has four wickets from the six innings he was asked to bowl, but has been expensive too, going at just under 9 r.p.o.

Kieron Pollard benched to ‘keep an eye on the future’

The Trinidadian has been part a core member of the MI setup since 2010, and has lifted five IPL trophies with the side in 2013, 2015, 2019, 2020 and 2021. He has played 189 matches for his side, and 171 innings have brought 16 fifties and 3412 runs at a lofty strikerate of 147. He recently retired from international cricket as well as his limited overs captaincy to focus on franchise cricket.

Mumbai Indians have had a difficult season so far, and were the first team to be knocked out of contention for the playoffs. They lost their first eight games in a row, the first time in IPL history any team has managed this dismal feat. Their expensive opening pair of Ishan Kishan and skipper Rohit Sharma has been notoriously unstable at the top, while their bowling has failed to rally around their spearhead Jasprit Bumrah.

Pollard checking his Instagram if MI have unfollowed him.

Getting dropped against csk that too on his birthday, Pollard's time in MI is about to end

Just how fast the night changes.

Kieron Pollard is not playing. So no one free wicket for CSK tonight. The match just got tougher. #IPL

It was long due to drop Pollard, but it's worst day to get drop. Opposition is CSK, it's his own birthday, it's the day we became champion due to his knock.

Most bosses should learn from what Rohit's birthday wish to Pollard must have been like:

Happy Birthday Polly, you can take the day off.

‘Must hope his body supports him for the next 2-3 years’ – Mitchell Marsh maiden IPL fifty delights Twitter
‘Dear CSK, we only want one thing: please cross 49’ – Twitter fans dejected as CSK collapse against MI