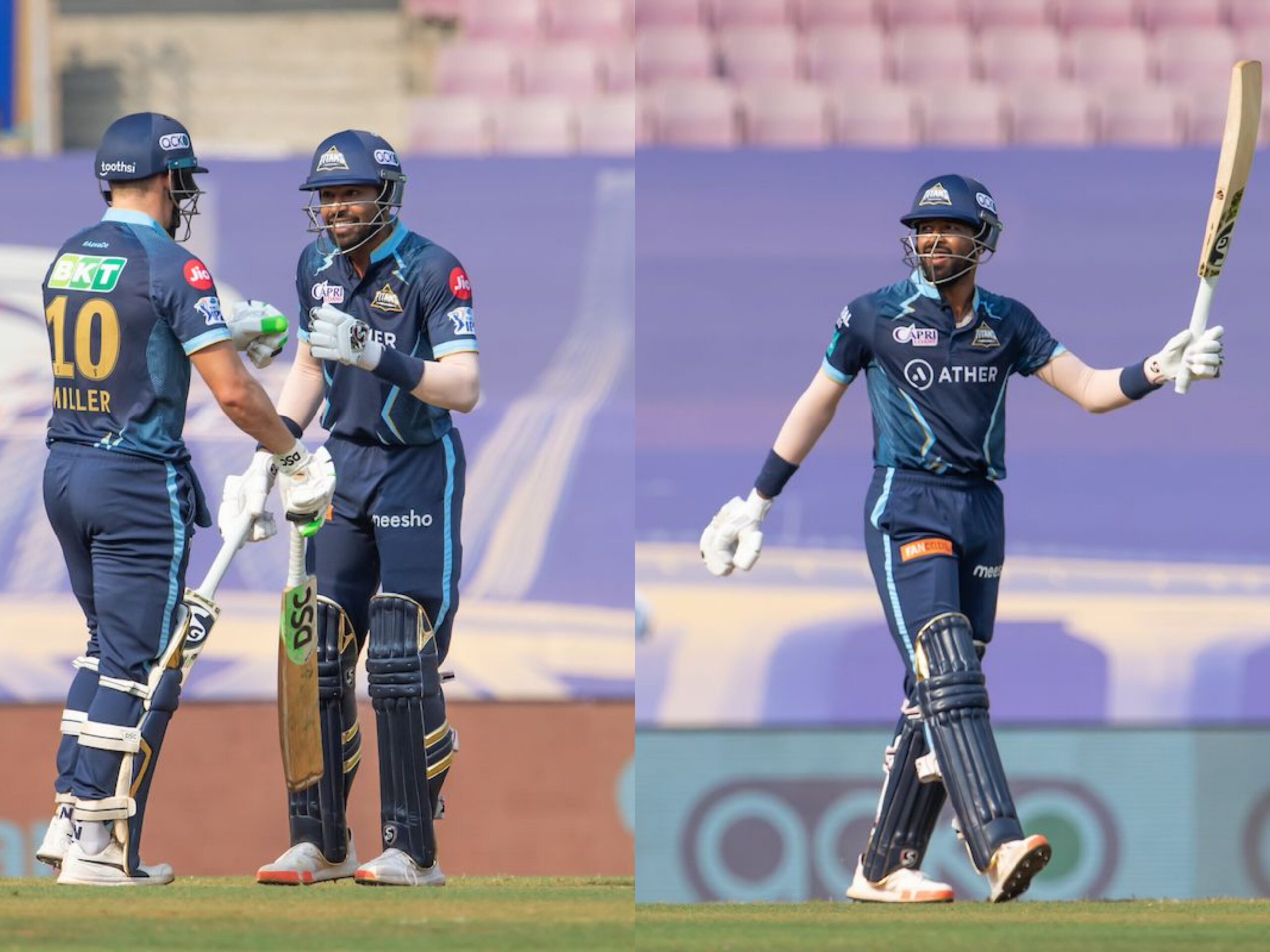 Hardik Pandya has racked up another half-century for the Gujarat Titans against Kolkata Knight Riders on Saturday’s afternoon game at the DY Patil stadium. The GT skipper scored 67 off 49 balls, hitting four fours and a couple of sixes at a strikerate of 133.

Hardik missed his side’s last game after sustaining a groin strain, but his team pulled together in his absence to pull off a heist against CSK. Now after his return, he’s made three half-centuries in his last three appearances.

GT were sent in to bat first, but Shubman Gill was dismissed early in the powerplay. So Hardik promoted himself to three, and stood tall for the Titans once again. He crashed a boundary off Tim Southee one ball after arriving at the crease, and continued in the same vein. Then he targeted Shivam Mavi a couple of overs later, stealing 12 runs off a 14-run over with the help of a four and a six.

Hardik pieced together two half-century partnerships, the first a 75-run stand along Wriddhiman Saha and then a brisk 50 runs for the next wicket alongside David Miller. Aside from Hardik, few of the other GT batters got going – Miller holed out after scoring 27 off 20, and Rahul Tewatia’s cameo contributed 17 runs off 12 balls. Saha never took off either during his run-a-ball 25.

Hardik’s wicket in the 18th over sparked a collapse, with GT losing their next their next five wickets for only 18 runs. His innings was the backbone of the Titans’ 156-run total, his score responsible for nearly 43 percent of the team’s runs.

"How will @hardikpandya7 manage his all-round workload + Captaincy?"

Hardik Pandya bringing out his best performance after taking captaincy. Something I was hoping from Jadeja. #IPL

Regardless of everything, I hugely admire Hardik's conviction to bat himself at No. 4, and now at No. 3.

Hardik
Can anchor
Can bat in middle
Can finish

Hardik’s surely back in the team. Showing maturity in the way he bats. Clocking 140+ KMPH balls. Only thing stopping him from now and the WC is his fitness levels. #KKRvsGT #HardikPandya

‘Rishabh Pant was wrong, but umpires committed a bigger crime’ – DC skipper loses his cool after umpiring error, Twitter responds
‘Russell in one over has taken the same number of wickets as Cummins, Varun combined this season’ – Twitter in awe at Russell’s death bowling