Haris Rauf ruled out of Rawalpindi Test due to COVID-19 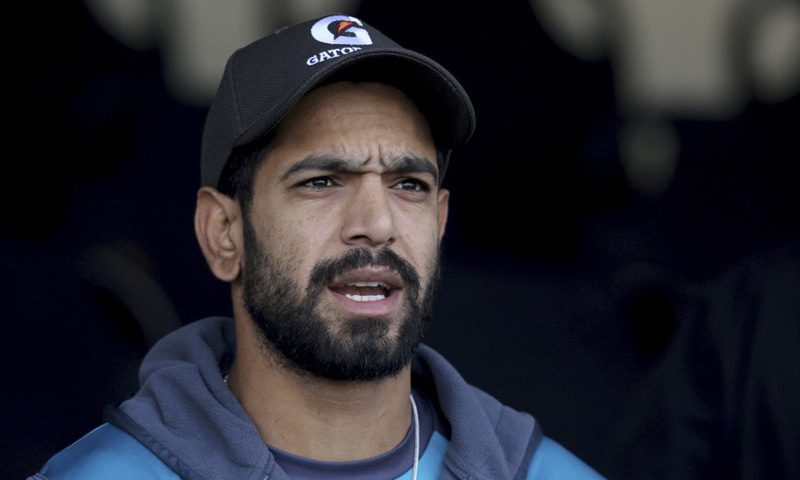 Fast bowler Haris Rauf has been ruled out of Pakistan’s opening Test against Australia, starting Friday, March 4 at the Rawalpindi Cricket Stadium. The speedster was set to make his debut in the first match after Faheem Ashraf and Hasan Ali were ruled out due to injuries. Rauf is currently an integral member of the Pakistan ODI and T20I setup for the last two years.

Haris Rauf is currently staying in five-day isolation and will miss the Rawalpindi Test against Australia. The pacer can rejoin the Test squad once his quarantine period is over. After Rauf was tested positive, the rest of the Pakistan squad underwent COVID-19 tests. But as per the Pakistan Cricket Board (PCB), the others didn’t contract the ungodly virus.

Fast bowler Naseem Shah has been added to the Pakistan squad after Haris Rauf tested positive for coronavirus. Shah, who made his debut back in 2019 in Australia, was a part of the travelling reserve. The 19-year-old seamer last donned the Test jersey back in January 2021 during a Test match against New Zealand at the Hagley Oval in Christchurch.

After Hasan Ali and Faheem Ashraf were ruled out, Pakistan called up Mohammad Wasim Jr. and Iftikhar Ahmed in the squad. One of Shah and Wasim Jr. is likely to take the field in the Rawalpindi Test. Hasan and Ashraf, however, are set to attain fitness before the second Test, starting Saturday, March 12 at the National Stadium in Karachi.

As far as Haris Rauf is concerned, he recently played for the Lahore Qalandars, led by Shaheen Afridi, who won the 2022 edition of the Pakistan Super League (PSL). The Qalandars won the trophy after beating the 2021 champions Multan Sultans in the final.

Prior to that, he plied his trade for the Melbourne Stars, captained by Glenn Maxwell, in the 2021-22 edition of the Big Bash League (BBL). Maxwell has often lauded the pacer for bowling with passion and a lot of intensity.

In eight ODIs and 34 T20Is, Rauf has picked up 14 and 41 wickets respectively, with two four-wicket hauls to show for his efforts.