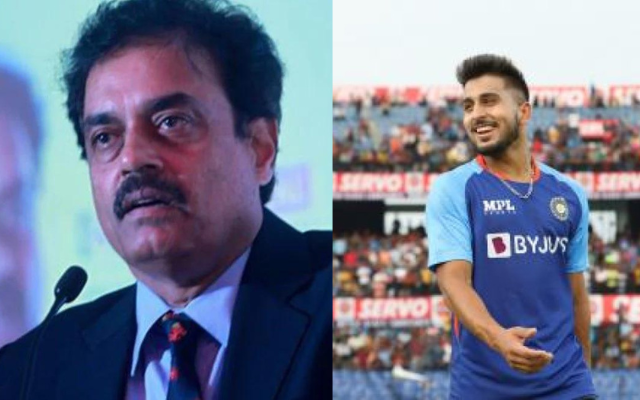 Umran Malik, a 22-year-old star who had taken the Indian Premier League 2022 by storm with his blistering pace and wicket-taking abilities has been the only player who has been most talked about since the squad announcement for the five-match T20I series against South Africa. The series will consist of five T20I matches. Dilip Vengsarkar, a batting great for India, believes that the young player has shown sufficient ability to warrant a spot in the playing XI for the present series being played at the home ground.

After an outstanding performance in the Indian Premier League 2022 (IPL 2022), during which he broke the record for the fastest delivery by an Indian bowler in the history of the tournament, Umran Malik received a great deal of praise from some of the sport’s greatest legends as well as seasoned cricket players. Additionally, he finished the season with 24 wickets for the Sunrisers Hyderabad while averaging 22.50.

However, the young player did not play in the first match of the series, which took place earlier this week in New Delhi. In that match, the Indian bowling attack was smashed all around the park by the South African batsmen, who scripted the most successful run chase in the history of Twenty20 Internationals with five balls to spare.

According to a statement made to Khaleej Times by the previous chairman of selectors, Umran is expected to make his debut for India after proving his value during his run in the IPL 2022. This statement was made before the commencement of the second Twenty20 International to be played against South Africa.

“Everyone has a unique perspective on how the game should be played. After displaying that sort of speed and precision in the IPL, though, I believe he has earned the right to play. When you are playing (international cricket) at home, that’s the appropriate moment to test someone like him,” Vengsarkar said.

“He is one of the most interesting possibilities I have seen in the previous ten years. I’m crossing my fingers for him since he seems to be in great shape and he has the aggressive demeanor of a fast bowler. He moves quickly and hits his targets accurately. I believe that he ought to be able to play for India for a considerable amount of time,” he added.