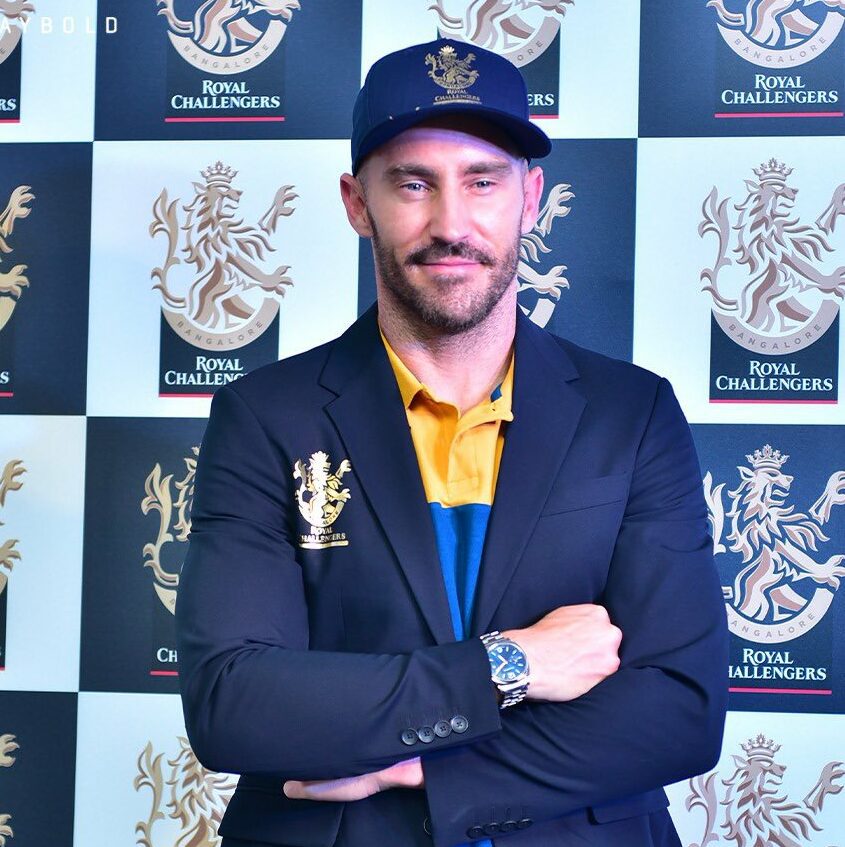 Royal Challengers Bangalore (RCB) skipper Faf du Plessis has lauded Virat Kohli for his style of captaincy over the years. Back in 2014, Kohli took over from Daniel Vettori as the captain of the Bangalore-based franchise, but failed to win the trophy for them. Before the second leg of Indian Premier League (IPL) 2021, Kohli put forth his decision of relinquishing captaincy.

Last year, former South Africa batter AB de Villiers, who was there with RCB since 2011, also retired from all forms of cricket. Hence, the Challengers was in with a dilemma of appointing their new captain. In the end, RCB named du Plessis as their skipper. The Challengers bought the former South Africa skipper at a price of INR 7 crore in the mega auction that took place in February.

Du Plessis, who played for the Chennai Super Kings (CSK) last year, said that Kohli’s energy on the field holds a lot of importance for RCB. While speaking at the RCB unbox event in Bangalore, the veteran said that he’ll look to take captaincy ideas from the 33-year-old Kohli.

“He has got an extremely strong leadership style. That is something that we will still need even if he is not being the captain, that energy that he brings to himself and also for the team is hugely important for us. So, like that, we will try and use that as best as we can,” du Plessis said.

Dinesh Karthik and Glenn Maxwell were also in contentions for captaincy after Kohli’s resignation. But the Challengers opted for du Plessis, who was the second-highest run-scorer in the IPL 2021. Du Plessis also said that Maxwell, Karthik and Harshal Patel’s role in the team is also important.

While Maxwell was retained by RCB, Karthik came in from the Kolkata Knight Riders (KKR). Patel, on the other hand, was the Purple Cap holder last season. He also equaled Dwayne Bravo’s record of most IPL wickets in a single edition.

RCB’s opening game in IPL 2022 is against Punjab Kings on Sunday, March 27 at the Dr DY Patil Sports Academy in Mumbai. The team is yet to win the trophy, having played the final three times.

IPL 2022: KKR picks Aaron Finch as a replacement for Alex Hales
‘I prayed to 2-3 gods’ – Smriti Mandhana after her ton against West Indies in Women’s World Cup 2022