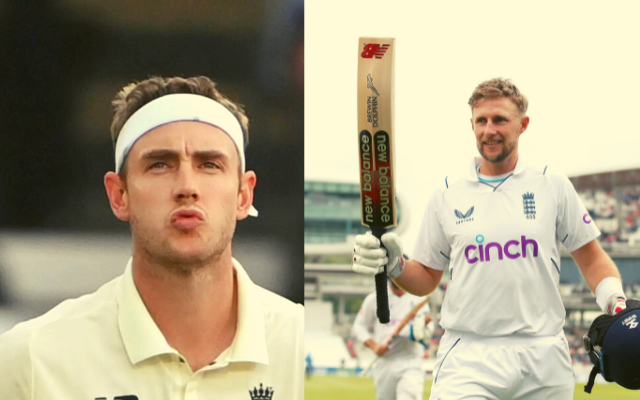 After being cut from the England squad when they were touring the West Indies, the fast bowler for England, Stuart Broad, had an outstanding performance upon his return to the team. It is important to note that Broad took a total of four wickets in the first Test match against New Zealand. He also played an important part in his team’s triumph against the New Zealanders.

It has now been revealed that the senior pacer has opened up about his relationship with Joe Root, who captained the England side during the West Indies tour. He stated that it would have been “pathetic” for him to hold a grudge against anyone after being removed from the squad and said that he had no reason to do so.

I have a really close friendship with Joe: Stuart Broad

“Not at all, Joe and I have been friends for a very long time. I’ve been the kind of person who can tell the difference between business and pleasure. I can’t fall out with someone just because they don’t choose me in a team. It would be a bit sad,” Broad was reported as saying to the Cricket Paper.

“Joe and I had a long conversation when he stepped down as captain. During that time I told him how much he had meant to me as a captain and how fortunate I felt to have had the opportunity to play for him. I told him that I hope he enjoys the next few years to the fullest, because all of the pressure is off of him now, and he is already a legend of the game. So he can just go out there and have fun with it. Even though Joe has already shown his superior character, he never stops improving,” Broad went on to say.

In terms of his stats in Test cricket, the right-arm fast bowler Stuart Broad has appeared in 153 matches and taken a total of 541 wickets at an impressive average of 27.82. Additionally, he has 19 hauls of five wickets. In the meantime, the second Test match of the three-match series will be played between New Zealand and the England Three Lions. From the 10th of June onwards, the match will take place at Trent Bridge in Nottingham.

“Umran Malik Is A Rare Talent For India”- Temba Bavuma Feels Umran Malik Will Be A Significant Threat In The T20I’s
Who are the top players who will miss the upcoming South Africa series?