“He is already this good”, Twitter goes gaga as Dewald Brevis smokes 30 off 6 balls 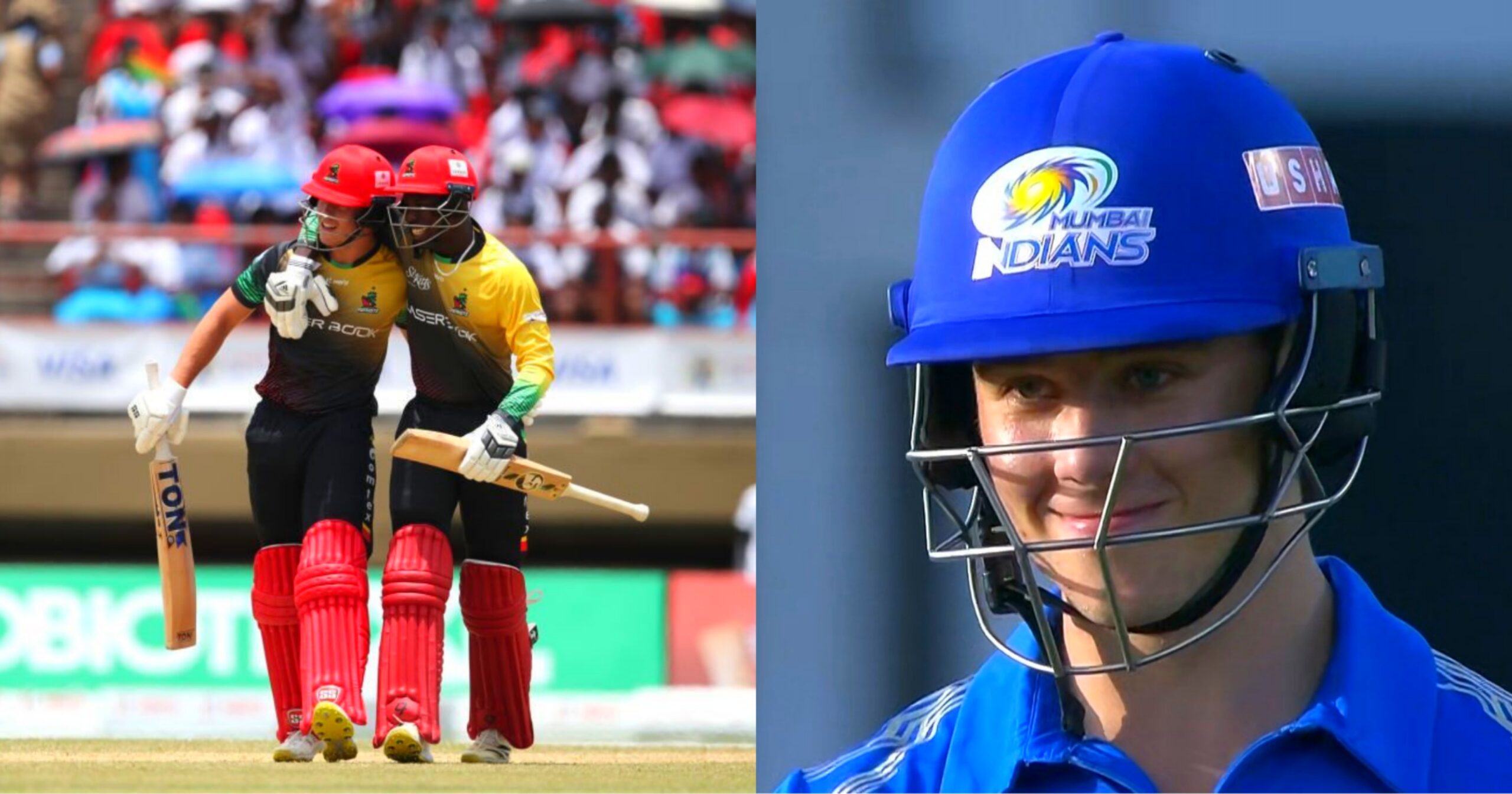 It was absolute chaos between the St. Kitts and Nevis Patriots and the Trinbago Knight Riders as Dewald Brevis wreaked havoc in the dying embers of the first innings of the game.

After a shaky start from the Patriots that witnessed Evin Lewis, Andre Fletcher and Keacy Carty, Sherfane Rutherford took over the reins of destruction upon himself as he was tagged along by Darren Bravo.

Stuttering at 112 for the loss of 6 from 18 overs, who would have thought that the Patriots were going to pile up 160 plus score. After Rutherford gave the jumpstart in the first two balls, Brevis took charge from the fourth ball of the over where he launched Akeal Hosein over the midwicket boundary.

Here is what Twitter had to say about Dewald Brevis

He followed it up with a dance down the pitch as he dispatched it over the long-off boundary with extreme prejudice. The Mumbai Indians youngster finished the over with a theatrical flourish as he smashed a sider delivery in the last ball over beyond the ropes as it felt like a gift from Hosein.

Dupavillon pulled off a decent job in the first four balls of the over until Brevis was handed over the strike and once that happened it was carnage again as he miscued his effort on the fifth ball but there was so much strength in that strike that the ball landed in the stands. He finished the innings with a theatrical flourish, peppering Dupavillion once again after being imparted a gift on the sixth stump and utilising it till the fullest.

The Patriots finished with 163 for the loss of 6 at the end of their 6 overs while Rutherford and Brevis stitched together the finest pyrotechnics of all. Twitter went berserk as the young South African hitter rocked the show like an ace and simply amped up his value to the squad.

Dewald Brevis and Tristan Stubbs are two generational talents🔥🔥. Manage these two correctly and we looking at two future world class players who may even go on to break records. Exciting times to be a South African cricket fan 🇿🇦

Dewald Brevis ability is Classy no one Can match him. Ridiculous hitting 0,6,6,6,6,6 30 runs in Just 6 Balls. pic.twitter.com/sX9oQMpVy0

In other news,Dewald Brevis has made 30* of 6 deliveries with 5 sixes in CPL, that too on a track where most Batters (apart from him and Rutherford struggled).

He is already this good,scary to think what'll happen in next few years once he has had time and experience. pic.twitter.com/6SZMONtWwJ