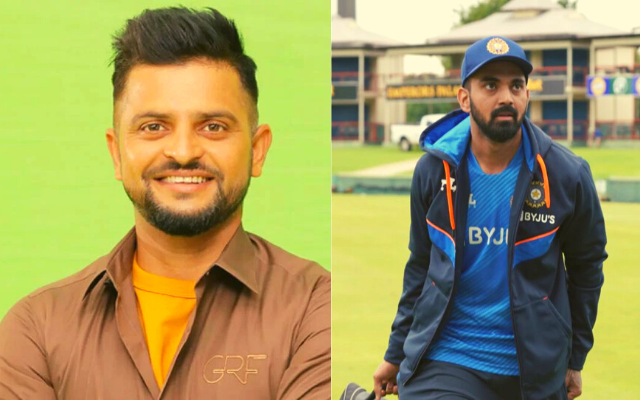 Suresh Raina is certain that the players who have been selected to represent India in the forthcoming Twenty20 International series against South Africa would benefit from having KL Rahul serve as their captain.

The first of a five-match Twenty20 International series between Team India and the visiting Proteas will take place on June 9. The series will be contested in India. As a result of Rohit Sharma‘s decision to take some time off, the leadership of India’s 18-men team has been handed over to Rahul.

During an episode of the Star Sports program titled “Game Plan,” Raina was questioned about his thoughts on Rahul’s ability to lead the team. His response was:

“Recent performances as captain have shown him to be extremely level-headed and collected. The players who have been chosen need a leader with KL Rahul’s qualities. Both Kuldeep (Yadav) and Chahal are going to participate in the game together.”

Suresh Raina also feels that the series will be competitive

The former India cricketer went on to say that Rahul’s participation in the team would help to maintain the requisite level of composure for a group that has both new players and returning veterans. Raina elaborated as follows:

“Umran Malik and Arshdeep are the two new fast bowlers. Umran Malik has impressed with the manner in which he has bowled. Arshdeep is next. Rishabh Pant and Dinesh Karthik, both of whom have had extremely successful performances in the Indian Premier League, will also be present. Since I have the impression that Rahul’s presence would add calmness to the situation, together with the fact that the South African players are excellent. I believe that the series will be extremely competitive.”

In the next Twenty20 International series, Rahul will lead Team India for the very first time as captain. After losing the one Test and three One-Day Internationals (ODIs) he has led so far, he will be going into this match hoping for his first victory as a skipper at the international level.

‘Ranji stars usually need 60+ average to break into national team, Sarfaraz Khan way beyond’ – Mumbai batter 50 impresses Twitter
“I Have A Feeling It Will”-Aakash Chopra Discusses The Possibility Of 2 IPL’s In A Single Year