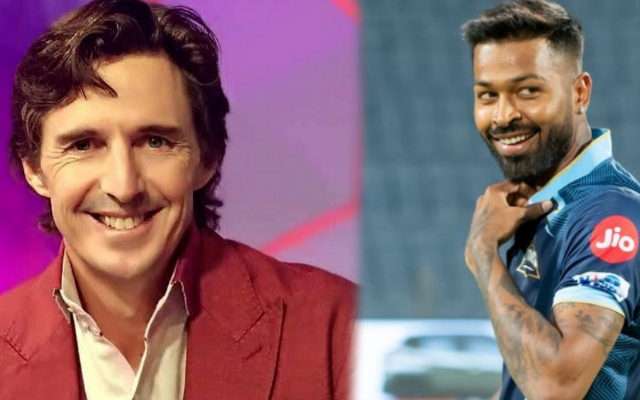 Hardik Pandya, an Indian all-rounder, and Daryl Mitchell, a batter from New Zealand, have been named by former Australian cricketer Brad Hogg as the two players who have impressed him the most over the course of the last month.

Hardik was praised by the 51-year-old as being the most useful Twenty20 player at the moment, while Mitchell was praised for his ability to withstand England’s formidable bowling attack in the current Test series between the two countries.

The all-rounder from India, who is now 28 years old, is now a member of the Indian side that is competing against South Africa in a series of five Twenty20 Internationals. Because of his outstanding performance in the Indian Premier League 2022 season, during which he guided the Gujarat Titans (GT) to win in their first season, he was able to make a successful return.

Hogg voiced his support for Hardik by suggesting that he should be selected as the captain of the Indian Twenty20 International team. In a video that he posted on his Instagram page, he made the following remark regarding the all-rounder who is currently doing well:

“Instead of Rahul, Hardik Pandya ought to be selected as the captain of this Twenty20 squad. During the IPL, he demonstrated his value to the team. He enjoys the challenging situations in which the squad has its backs against the wall. He is eager to take part in the game and contribute, whether it is with the bat or the ball.”

Hogg offered the following explanation when using the word “adaptable” to describe the Baroda cricketer:

“When he came in during the last overs of the first Twenty20 International the other night, he was able to hit boundaries from ball 1. That’s a skill that’s beyond the reach of most people. Additionally, should they lose early wickets, he can go up the order and perform his duties at the top of the batting order. He is the most valued Twenty20 cricket player in the world at this moment.”

In the first Twenty20 International that took place in Delhi against South Africa, Hardik hammered an unbeaten 31 off 12 balls with the help of two fours and three sixes. However, the cameo was for nothing since the Proteas were able to easily chase down a record target of 212 runs.