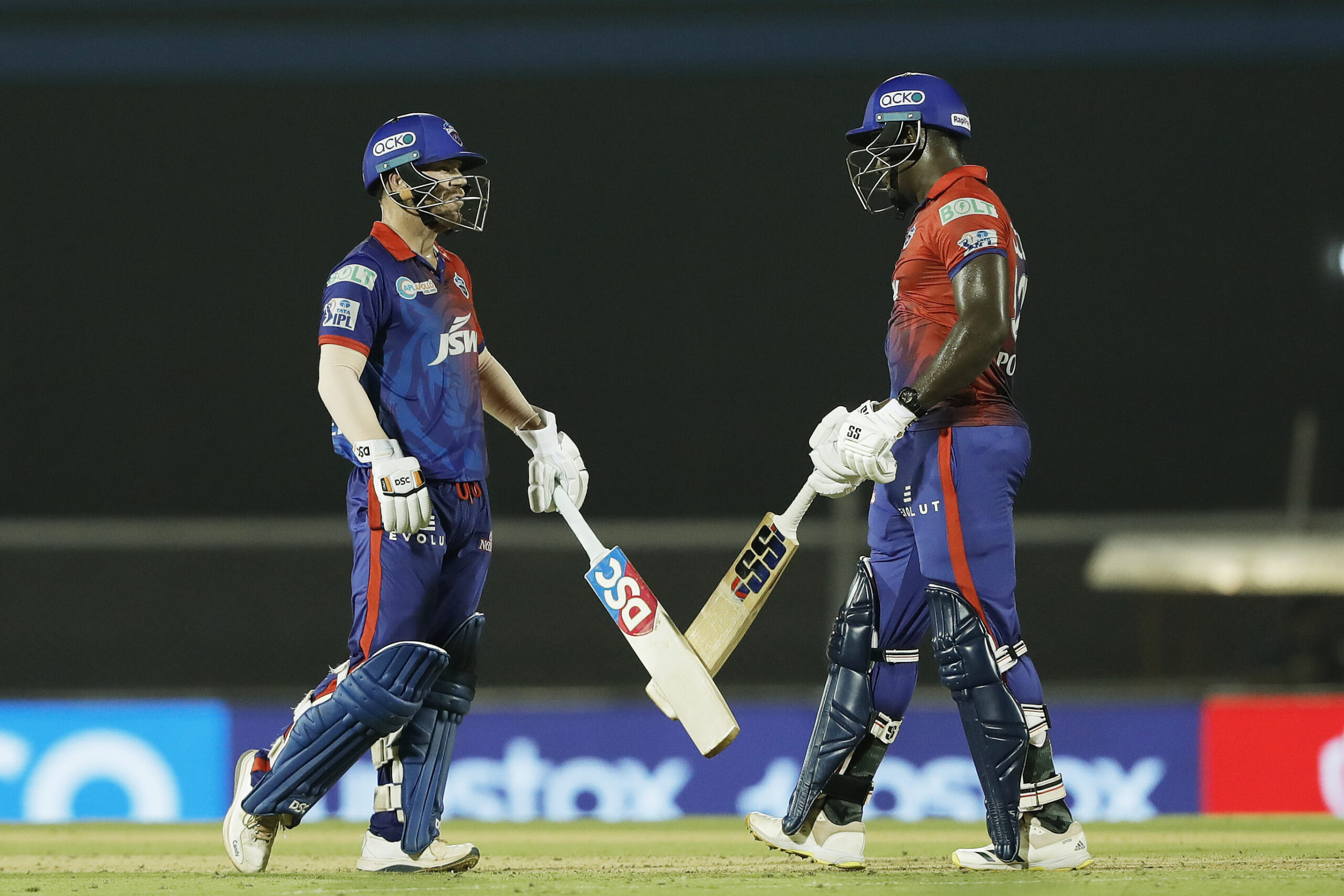 Rovman Powell starred for the Delhi Capitals in their 21-run win over Sunrisers Hyderabad on Thursday. The Jamaican-born finisher played a blitzkreig alongside David Warner, scoring 67 off 35 balls that helped DC post a formidable 207-run target. He struck three fours and six sixes at a strikerate of 191 and remained undefeated at the end of the innings.

Warner was batting on 92 (58) at the start of the 20th over. Powell was on strike. He then proceeded to bludgeon Malik for 18 runs in the final over, and Warner remained undefeated in the 90s. Speaking to StarSports in the mid-innings break, Powell said that he asked Warner whether he wanted the strike in the final over to score his ton.

“Start of the over I asked him if he wanted a single to try and get a 100 and he said, ‘Listen, that is not how cricket is played.’ I should try to smack it as hard as I can and as far as I can, and I did that,” Powell said candidly. “Sometimes you plan for a particular ball, be it the slower or the yorker, but the pitch is so good and the ball was coming on nicely.”

Powell has found absurd form recently, over the last four games he averages 85 while striking at 196. he has come into his own at the business end of the tournament, but it followed a tough first five matches where he dropped below Axar Patel and Shardul Thakur in the batting order. “I had a conversation with Rishabh. He came to my room, asked me where I want to bat. Told him to just trust me and let me bat 5. Over the last year my ability to spin has increased and you know I can bat pace’. Give me a chance to bat first 15-20 balls, next 20 balls I’ll maximise.The wicket is very good, but one side is very long, 207 is a very good score and we trust our bowlers to defend this score,” he added.

Together with David Warner, Powell put together an unbeaten 122-run partnership of 66 deliveries. Depite losing Mandeep Singh (0) and Mitchell Marsh (10) early in the powerplay, Warner kept going against his former franchise until he was joined by Rishabh Pant. The DC skipper’s cameo of 26 set the stage for Powell’s entry.

Powell took a few balls to get in stride. He teed off for a six against Shreyas Gopal in the first over that he faced, but batted out a couple of overs quietly and was dropped once by Kane Williamson off the bowling of Umran Malik when he was still batting on 18 (14). He made SRH pay for that, and he and Warner went on to loot 70 runs off the final four overs.