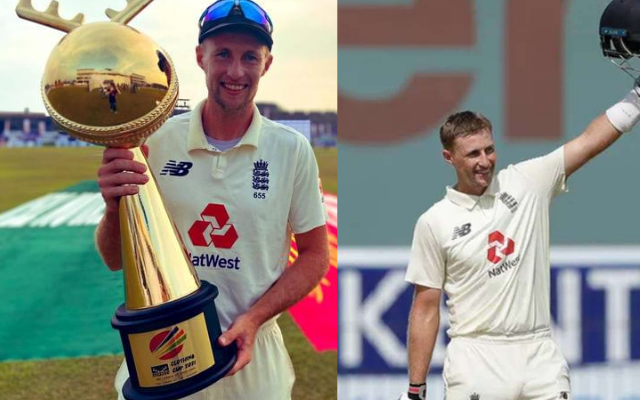 Former England’s Test captain Joe Root made the headlines recently after he expressed his interest to be a part of the upcoming IPL 2023 mini auction, which is expected to go all guns blazing in Kochi on December 23.

Earlier, a list of 10 franchises submitted the list of retained, released players ahead of the auction. The franchises decided to retain the best performing players. At the same time, they had no other option but to release some top players as well.

Meanwhile, we can expect some intense bidding wars as plenty of superstars will go under the hammer. Several youngsters are making a name for themselves by playing incredibly well in the ongoing domestic circuit.

On the other hand, he has played 32 games as far as the shortest format of the game is concerned. Overall, he has scored 10504 runs in the red-ball cricket, smashing 28 centuries, 54 fifties. He scored 6207 runs in ODIs including 16 centuries and 36 fifties.

Root averages 50 in Test and One-Day Internationals. On the other hand, he has scored 893 runs in the shortest format wherein he struck as many as five half-centuries to his name, maintaining a strike-rate of 126.3.

According to ESPNcricinfo, Joe Root will be a part of the IPL mini-auction 2023. The England international hasn’t made his debut in the Indian Premier League and it will be quite interesting to see what the future holds in store for Root in the IPL. For the unversed, Joe Root pulled out of the IPL 2022 auction in Bengaluru.

Joe Root will be part of the IPL 2023 mini-auction. (Source – Espn Cricinfo)

He will be the part of auction only 😄

Sunrisers Hyderabad, Gujarat Titans Can Go After Him!

Please don't pick him because he is intentionally playing the IPL for preparing upcoming world cups. He used to know the conditions,dew factors,our bowlers line and length mainly practicing to play the spin well. Once he is picked that is the huge disadvantage for INDIA🇮🇳

And he will go unsold

I would still prefer him over Williamson or Smith…

Root Record is Amazing in T20s although he never considered !!

It's not a good news,,,,2 months in Indian Condition.