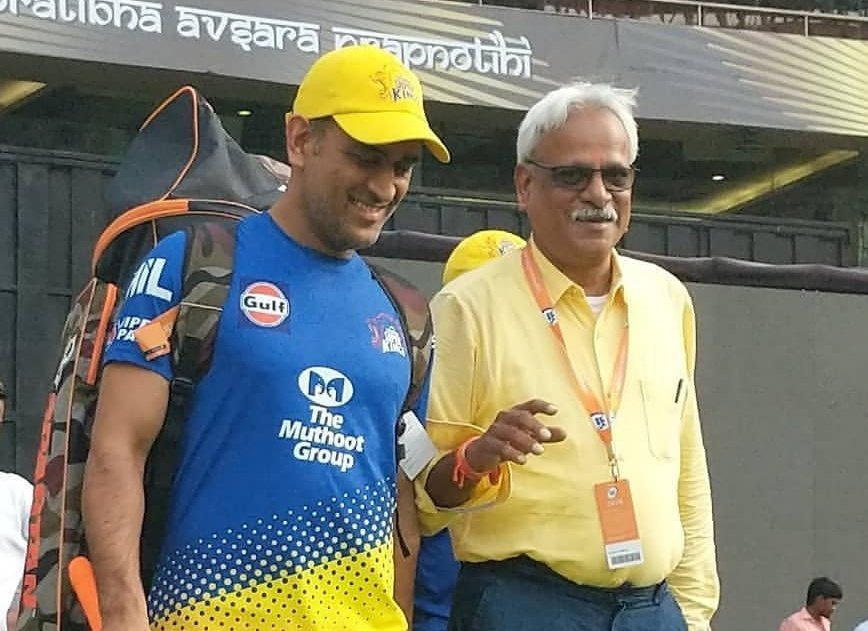 Chennai Super Kings (CSK) chief executive Kasi Viswanathan said that the 2022 edition won’t be the last for MS Dhoni in the Indian Premier League (IPL). On Thursday, March 24, the 40-year-old Dhoni stepped down as the skipper of the four-time IPL champions and passed the baton to Ravindra Jadeja, one of the prolific all-rounders of the franchise.

The CSK CEO sounded confident that Dhoni will take part in upcoming IPL editions as well. The Jharkhand-born Dhoni is the only skipper in the IPL with over 100 wins and has led the Super Kings to four titles in 2010, 2011, 2018 and 2021 respectively.

Dhoni also guided CSK to a couple of titles in the Champions League T20. Viswanathan said that Dhoni took the decision of relinquishing captaincy to help Jadeja grow as the skipper of the team.

‘No, I don’t think (this is going to be his last season). He will carry on. We have always respected the decision of MS. He has been a pillar of strength for us. He will continue to be a pillar of strength and he will guide Jaddu (Jadeja) and the other members of the team. He is expecting a smooth transition from him to Jaddu and that’s why he has taken the decision,’ the CEO said.

After being named as the skipper, Jadeja said that he isn’t worried since he’ll take Dhoni’s advice in case of queries and dilemmas. He’s also looking forward to carry the legacy set by the veteran Dhoni, who led the Super Kings in 12 editions from 2008 to 2021.

The Super Kings will begin their journey on Saturday, March 26 against the Kolkata Knight Riders (KKR), led by Shreyas Iyer, at the iconic Wankhede Stadium in Mumbai. Back in 2021, CSK beat the Men in Gold and Purple, then captained by Eoin Morgan, in the final at the Dubai International Cricket Stadium.

Jadeja has a big task at hand as Dhoni captained CSK to the playoffs in 11 out of 12 editions. It was only back in 2020 when the Yellow Army failed to make it through to the playoffs despite winning their last three matches.