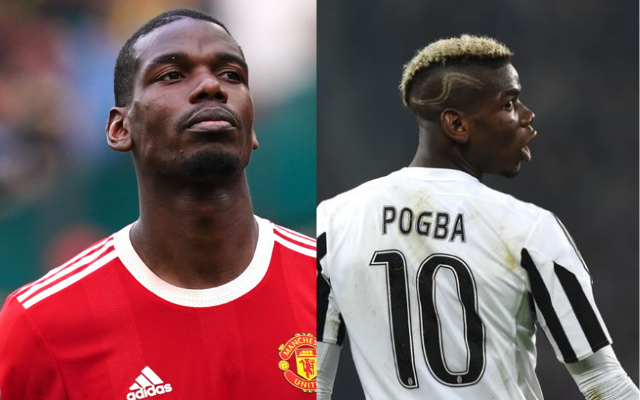 Paul Pogba, a midfielder for Manchester United, is about to sign a contract with Juventus, which means he will return to Italy

After seeing out the last year of his contract with Manchester United, Paul Pogba is reportedly close to completing a transfer to Juventus, according to Fabrizio Romano. The midfielder has agreed to terms with the Italian giants, and the transfer may be finalized before the end of the next month.

Pogba’s potential return to Juventus might be finalized precisely one month after the midfielder made public his intention to play out the last year of his contract with Manchester United. He played for the powerhouses in the Premier League for a total of six years and made over 200 appearances for them in competitive action during that time.

Following Bruno Fernandes’ transfer to Manchester United, Pogba’s playing time with the first team was reduced to a lesser extent. As the Portuguese international quickly established himself as the Red Devils’ primary source of creative midfield play, Pogba once again found himself struggling to find his place in the squad.

The French international, however, is prepared to resurrect his career by returning to Juventus after spending six trying years at Old Trafford. This decision was made after the player had a challenging time at Manchester United. Between the years 2012 and 2016, he was a member of the Juventus Bianconeri team. During that time, he participated in 177 official matches and established himself as one of the finest central midfielders in football.

The expected arrival of Pogba in Turin comes at a time when rumours are circulating about what will happen to Adrien Rabiot in the future. The former sensation for Paris Saint-Germain has allegedly been made available to Arsenal as part of a potential trade involving Hector Bellerin. The transaction would also include Juventus sending Hector Bellerin to Arsenal.

Paul Pogba to Juventus, confirmed and here we go! Full agreement now completed on a free transfer. Deal to be signed at the beginning of July, it’s done and sealed. 🚨⚪️⚫️ #Juve

Pogba will be in Italy in two weeks. Juve sold him for €100m six years ago – now he’s back for free. pic.twitter.com/YNyyOlmSUE

In the meantime, Manchester United has begun making preparations for Pogba’s potential replacement in the transfer market. Frenkie de Jong, a midfielder for Barcelona who once played for Ajax and was coached by their new head coach Erik ten Hag during their time together in Amsterdam, is a target for the club’s recruitment efforts. Ten Hag is very interested in signing Frenkie de Jong.

The transfer process might be drawn out owing to Barcelona’s stringent requirements, even though De Jong could prove to be a good investment for Manchester United. Manchester United is preparing for a range of outcomes if the proposed transfer does not materialize. Oddly enough, they are one of the teams who are keeping an eye on Rabiot from Juventus, even though ten Hag is probably going to choose a player with a greater level of talent and promise.