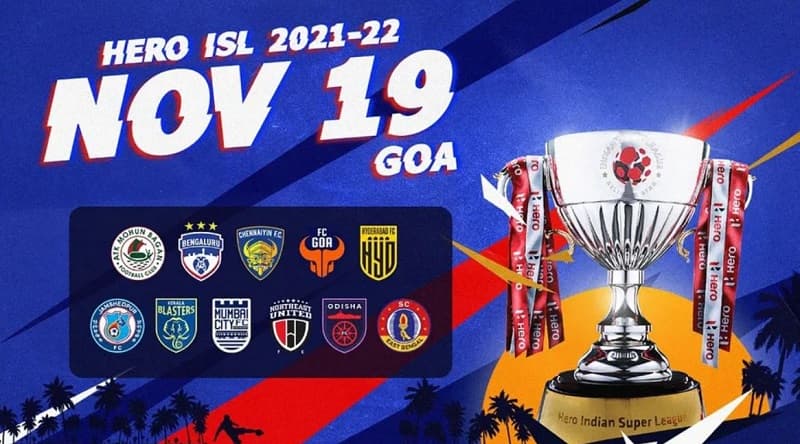 Indian Super League is a men’s professional football tournament in India. It is one of the two co-existing Highest level leagues in India. The event is organized and administered by AIFF and FSDL. The tournament was founded on 21 October 2013 and the first season was played in 2014. Mumbai City is the current Champions of the league and ATK Mohun Bagan is the most successful team with 3 Titles.

A total of 11 teams will be participating in the 2021-22 Edition of the Indian Super League. Let’s have a look at all the teams, their captains and their coaches for this season.

Fatorda Stadium– The Pandit Jawaharlal Nehru Stadium is a multi-purpose stadium located in Margao, Goa, India. The stadium was opened in 1989 and has a seating capacity of 19000. In the 2020–21 Indian Super League, it was also used as the home ground of ATK Mohun Bagan and Bengaluru FC because of the CoViD-19 pandemic.