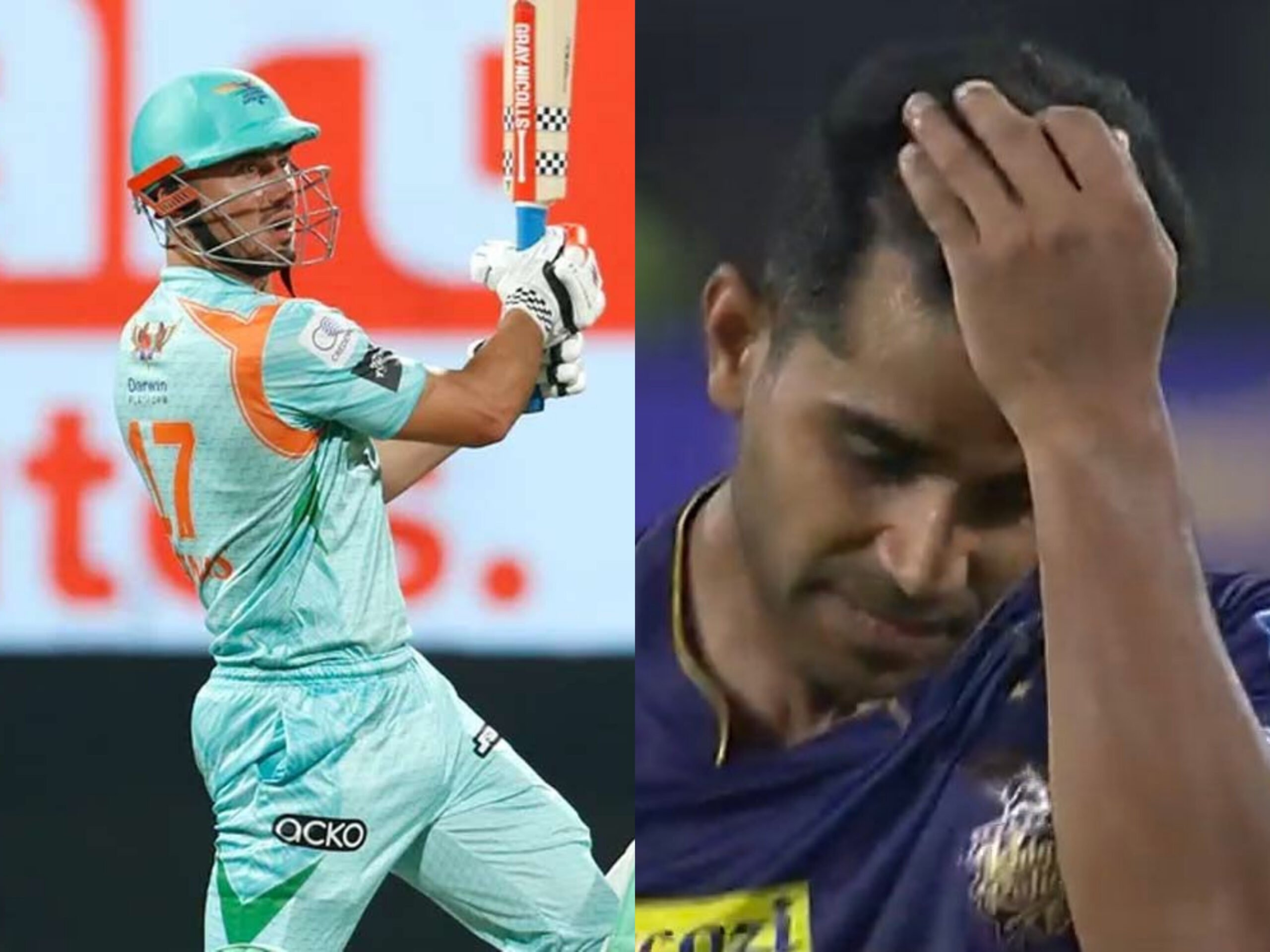 Shivam Mavi had a difficult day out for the Kolkata Knight Riders in their fixture against Lucknow Super Giants on Saturday evening. He ended his innings with figures of 1-50 at economy rate of 12.5 from his four over quota, but 30 of those runs came from the penultimate over where he was smoked for five sixes. LSG set KKR a total of 176.

Mavi had bowled decently until that disastrous nineteenth over. He had bowled three overs for 20 runs, going wicketless but conceding an e.r. of just over 6. The Super Giants’ innings had significantly slowed down since Deepak Hooda’s wicket in the 13th over. Between overs 13-18, LSG scored only 32 runs. Ayush Badoni and Marcus Stoinis had added  partnership of 20 runs off as many balls before Mavi entered.

The first ball was length offcutter but erred in line towards leg stump, and was smoked for six by Stoinis over backward square leg. A low full toss, intended to be a yorker on off stump was duly swept away over the mid-wicket boundary rope. Mavi then tried to pull his length back, but the short wide delivery he bowled next was right in Stoinis’ slot, and was pulled powerfully again past mid-wicket for six.

Stoinis, Holder hit five sixes off Shivam Mavi in the 19th over

The next delivery of Mavi’s turned out to be fourth time lucky. Stoinis whipped the length delivery, hard and flat but couldn’t get the height he wanted – he this time he picked out Shreyas Iyer at midwicket. The over had already gone four eighteen runs, but if Mavi hoped to find respite after that he was dead wrong.

Jason Holder was the next batter in, and picked up where Stoinis left off in the most literal way. Mavi still couldn’t nail his length and ended up on the pads; Holder carved his first ball for six over the backward square leg boundary. Yet the nightmare still wasn’t over for Mavi – his nerves deserted him, and bowled the final one short and wide, which was duly dispatched over long-on for the fifth six of the over. From 142-4 at the start of the over, KKR were propelled to 172-5.

Very very poor bowling from Mavi. He's lucky that the 4th ball also didn't go for a six there.

Mavi was one six away from becoming the only bowler to concede 6 fours and 6 sixes in an over.

#KKR should have by now known Mavi's usp is 1st 15 overs. Its his 3rd season with KKR and he is still given overs in death.

After every poor game in death overs, Mavi is dropped & is bought back after 2 odd games every season only to see him get hammered at death. #LSGvKKR