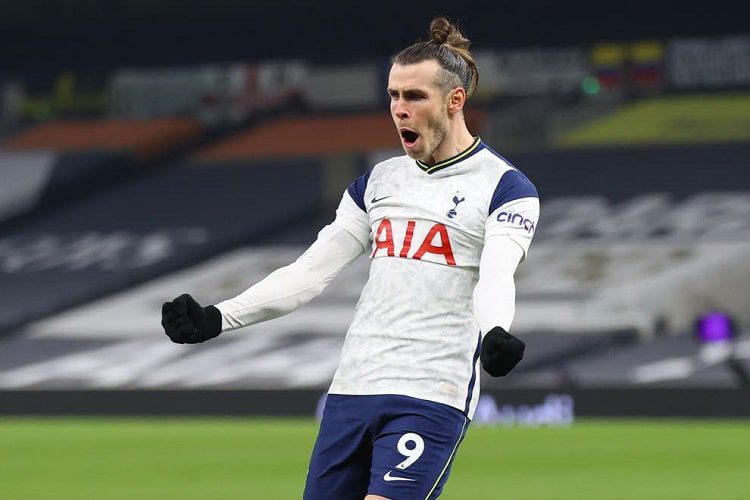 The Premier League referred to as the English Premier League or the EPL. Highest Paid Football Players In Premier League. With growth Football over the years, there is competition amongst the players to win a spot in any one of the teams. Football is considered to be a sports that involves a lot of money in the pool for players and Clubs. No wonder how sports stars have these lavish cars and lifestyle.

Over the past decade the ton of money that has been pumped into football leagues and tournament is outrageous. On average, the most high-profile players take home a million a week. Lets check Top 10 Highest Paid Football Players In Premier League 2021/22.

Edinson Cavani is a Uruguayan professional footballer who plays as a striker for Premier League club Manchester United and the Uruguay national team. He was transferred to Paris Saint-Germain for a reported €64 million. In 2020, Cavani signed with Manchester United. Cavani began his career at Danubio in Montevideo, where he spent two years before joining Palermo in Italy in 2007. He played for the team for four seasons, collecting 34 goals in 109 league matches.

Sergio Aguero also known as Kun Agüero, is an Argentine professional footballer who plays as a striker for La Liga club Barcelona and the Argentina national team. Agüero signed for Premier League club Manchester City in 2011, with a transfer fee of £35 million. Agüero began his career with the Argentine Independiente, when he broke Diego Maradona’s 27-year record by becoming the youngest player to play in the Argentine Primera División on July 5, 2003, at the age of 15 years and 35 days.

Anthony Martial is a French professional footballer who plays as a forward for Premier League club Manchester United and the France national team. He was transferred in 2012 to AS Monaco for a fee of 6 Million Euros. In 2015, he joined Man City signing an agreement for an initial fee of 36 million Euros. Martial began his professional career at Lyon after playing youth football for Les Ulis. He was then transferred to AS Monaco in 2013 for a cost of €6 million.

Thomas Partey is a Ghanaian professional footballer who plays as a midfielder for Premier League club Arsenal and the Ghana national team. He joined Arsenal in a transfer worth £45 million he is one of the most expensive players of Ghana. Partey began his professional career in 2013 with Atlético Madrid, going on loan to Mallorca and Almera before returning to Atlético in 2015, winning the UEFA Europa League and UEFA Super Cup with the club.

Pierre-Emerick Aubameyang is a professional footballer who plays as a striker and is the captain of both Premier League club Arsenal. He is the son of former Gabonese international footballer Pierre Aubameyang. He is an enthusiastic player who is focused during all his matches. Pierre-Emerick Aubameyang is the son of former Gabonese international Pierre Aubameyang. He began his senior club career with AC Milan in Italy, however he never played for the club due to a series of loan spells in France.

Paul Pogba  is a French professional footballer. Paul plays for Premier League club Manchester United and the France national team. in 2013 FIFA World Cup he won the best player award for the tournament. He also captained France to victory in 2013 FIFA World Cup. Pogba, who was born in Lagny-sur-Marne, joined the youth team of Ligue 1 side Le Havre in 2007, before joining Manchester United two years later after a lengthy trade.

Raheem Sterling is an English professional footballer. Raheem plays as a winger and attacking midfielder for Premier League club Manchester City. he is a very hardworking player and goal oriented. His weekly earning are £300,00. Sterling was born in Jamaica to Jamaican parents and relocated to London when he was five years old. Before joining Liverpool in 2010, he started his career with Queens Park Rangers.

Kevin De Bruyne is a Belgian professional footballer. He plays as a a midfielder for Premier League club Manchester City, where he is vice-captain. He represented belgium in 2018 FIFA world Cup, winning the third place play off, thereby the team was regarded as FIFA world CUP Dream Team. De Bruyne began his career at Genk, where he was a key member of the team that won the Belgian Pro League in 2010–11. He joined Chelsea in 2012, where he was played rarely before being loaned to Werder Bremen.

David de Gea is a Spanish professional footballer who plays as a goalkeeper. He was regarded as one of the best goalkeepers in the world. He is second highest paid footballer in FL with an amount of £375,000 weekly. De Gea was the captain for Spain under-21. De Gea began his playing career at Atlético Madrid, advancing through the club’s academy system until making his senior debut in 2009, at the age of 18. De Gea was born in Madrid and reared in nearby Illescas.

Gareth bale is a welsh football player. He ranks as the highest paid football player in EFL. Currently he plays from Tottenum Hotspur from Real Madrid of La Liga. His annual salary is £31.2 million. Bale began his professional career as a left-back at Southampton, where he earned a reputation as a free kick expert. Bale joined Tottenham Hotspur for a cost of £7 million in 2007. During his tenure at Tottenham, he evolved into a more offensive player as a result of management and tactical changes.