“Hopefully, I get a chance to……”, Jofra Archer has a big wish after returning back to bowl post his injury 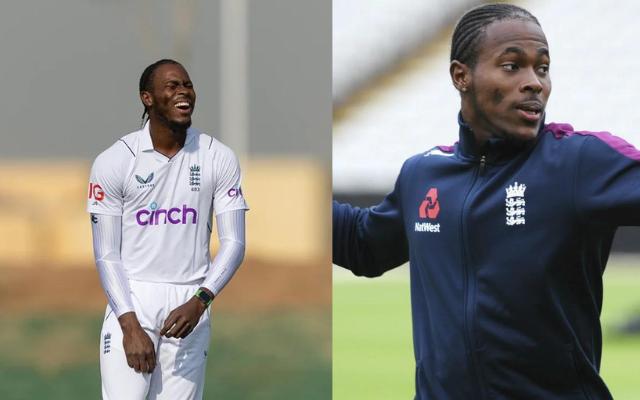 In the lead-up to the Test series against Pakistan, England’s top fast bowler Jofra Archer gave his nation a huge boost by playing in a warm-up match for the England Lions against the senior squad. Before this game, Archer hadn’t played in a competitive competition since early 2021, when he was a part of a five-game T20I series against India.

Injuries have plagued the fast English bowler for the past 18 months, and now a stress fracture in his lower back kept him out for the better part of 2022. He eased back into bowling with a total of nine overs spread over two periods. In his first over back, he hit 90 miles per hour and threw a vicious bouncer that hit English opener Zak Crawley flush on the helmet.

After missing out on the T20 World Cup in Australia due to injury, Englishman Jofra Archer is eager to make up for lost time and contribute to the side’s defence of the 50-over World Cup title the following year.

It was recently announced that the Englishman would be joining his national teammate Sam Curran, as well as Liam Livingstone and Olly Stone, at the franchise MI Cape Town in the newly established SA20. The right arm pacer, however, has shown that he is not yet fully fit and requires additional time to return to his best.

“I am so, so glad to be back and this is a big year, we just won the T20, and we have the 50-over coming up so, hopefully, I get a chance to help defend the title. That (50-over World Cup) is the goal. Being back here in Abu Dhabi, in and around the guys, it is kind of heart-warming, it makes you feel like you are at home again, seeing all the familiar faces, seeing all the boys again,” Archer was quoted as saying by Sky Sports.

“He has done wonders for the Team…..”, Former player comes up with big words for Virat Kohli
“I have lots of motivation…..”, Kane Williamson wants to accomplish a thing in his career