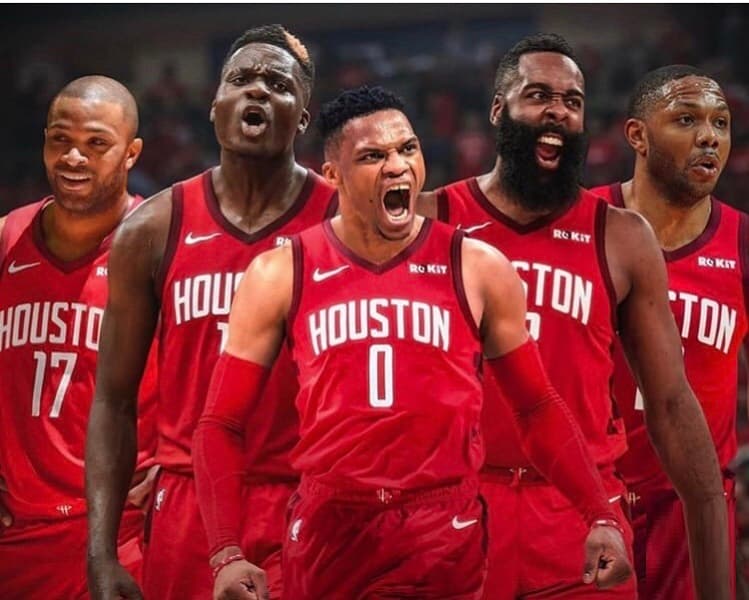 NBA is a North American professional Basketball League Founded in New York City on June 6, 1946. 30 Teams participate in this league of which 29 teams are from the USA and 1 from Canada. Check Houston Rockets Players Salaries 2021/22, Highest-Paid Players.

The regular season of the NBA runs from October to April with each team playing 82 games. Milwaukee Bucks are the current Champions of the NBA. The Los Angeles Lakers and The Boston Celtics are the most successful NBA Franchises.

Houston Rockets are an American Basketball Team based in Houston. It was established in 1967, and compete in the Western Conference Southwest Division. Houston has 2 NBA championships and 4 Western Conference titles to their name. Houstons play their home matches in Toyota Center.

NBA is the premier men’s professional Basketball League in the world. NBA Players are the world’s best-paid athletes by average salary per year. Franchises manage to pay such hefty amounts by earning through merchandise sales and advertisements. Let’s have a look at how much Rockets pays their stars.

Johnathan Hildred Wall Jr. was born on September 6, 1990. He is an American Professional Basketball player who currently plays for The Houston Rockets. In the 2010 NBA draft, he was chosen as the first overall pick by Washington Wizards. He is a five-time NBA All-Stars and in 2017 he was named to All-NBA Team. In the same year, he was inducted into the University of Kentucky Athletics Hall of Fame. In 2020, he was traded to the Houston Rockets for Russell Westbrook. His current salary with The Houston Rockets is hefty $44,310,840.

Eric Ambrose Gordon Jr. is an American professional Basketball Player who plays for Houston Rockets. He was born on December 25, 1988, and was named Mr. Basketball during his senior years in High School. In the 2008 NBA draft, he was the seventh overall pick by Los Angeles Clippers. Gordon was signed with Rockets on July 9, 2016. His current salary with the Rockets is $18,218,818.

Christian Marquise Wood is an American Professional Basketball player who currently plays for Houston Rockets. He was born on 27 September 1995. He signed a three-year contract with the Rockets on November 24, 2020. His current salary is $13,666,667.

Jalen Romande Green was born on February 9, 2002, is an American Professional Basketball player who currently plays for Houston Rockets. Green has won three gold medals with the United States at the Junior level and he was named the Most Valuable Player of the 2018 FIBA under-17 World Cup. Rockets select Green with a second overall pick in the 2021 NBA Draft. His current salary is $8,992,200.

Daniel Theis is a German Professional Basketball Player who currently plays for Houston Rockets. He was born on April 4, 1992. During his seven seasons at Basketball Bundesliga, he was a four-time All-Star and three-time Champion. This was traded to the Rockets on 7 August 2021, via a sign and trade deal with the Bulls. Theis current Salary in the Rockets is $8,280,351.