‘How can you be so ungrateful’ – Gabriel defends Arsenal teammate Nketiah 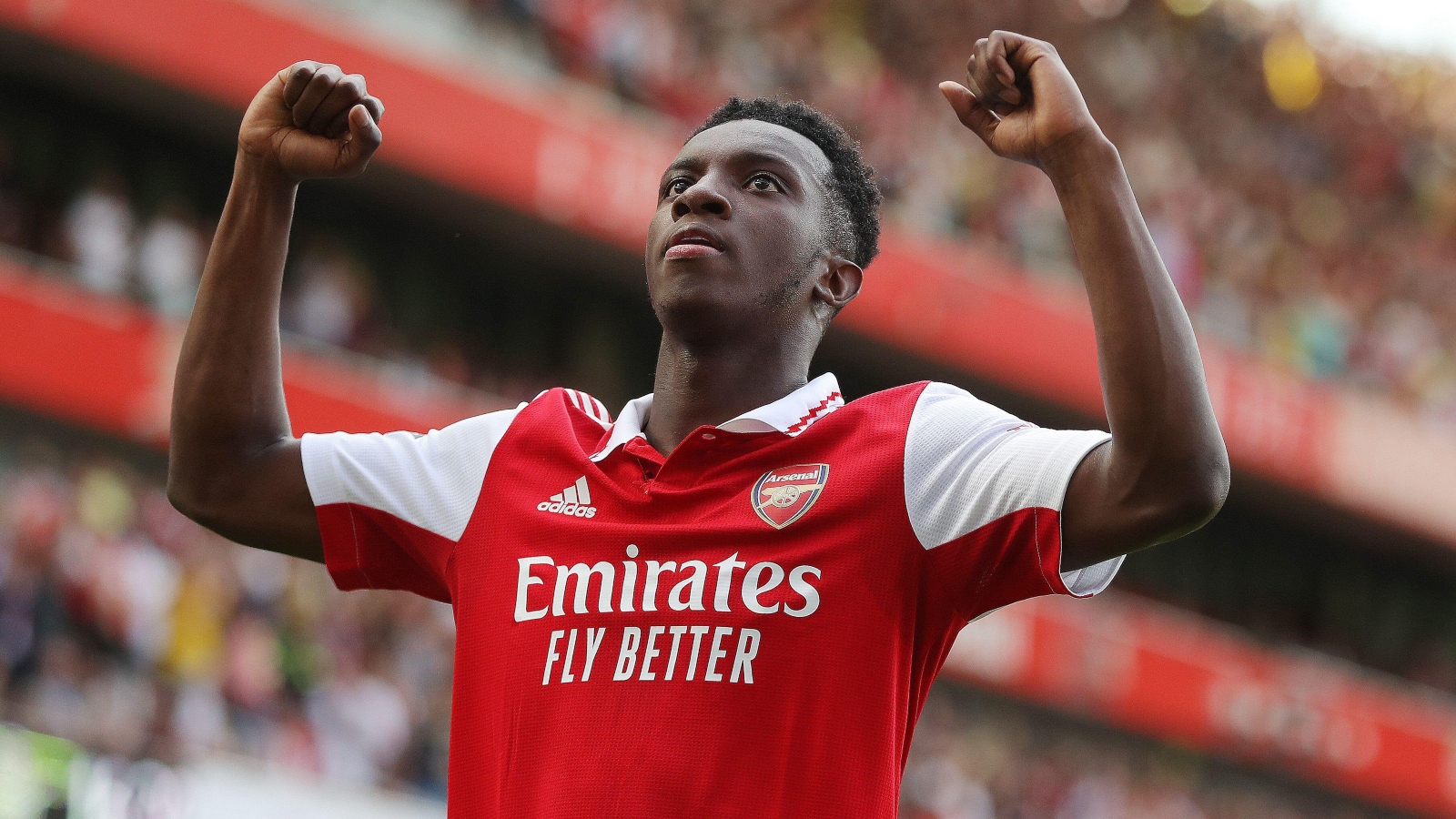 Following Eddie Nketiah’s contract extension with Arsenal, many Gunners were quick to question the decision. This was aggravated by the management’s decision to hand the 23-year-old academy graduate with the number 14 shirt that was once worn by club legend, Thierry Henry.

The toxicity online got to such heights that Nketiah’s Brazilian teammate, Gabriel Magalhaes responded with this tweet:

“how can you be so ungrateful! OMG”

how can you be so ungrateful! OMG 🙃

The discussion didn’t stop there with former Spurs player, Jamie O’Hara mocking Arsenal while on the TalkSport.

“I can’t believe Nketiah is getting the number 14. It sums up where Arsenal are right now. They’ve given him Theirry Henry’s shirt. This is just magic for Spurs fans,” he remarked.

This did not go down well with Arsenal fans but the discourse didn’t stop with Jamie O’Hara after former Everton and Crystal Palace player, Yannick Bolasie, intervening.

“Nah can’t respect that bro….mocking and laughing about a young player, when he’s been given the chance he didn’t let the team down, what’s a bloody number….the man makes the suit the suit don’t make the man don’t forget that,” Bolasie responded.

Nah can’t respect that bro….mocking and laughing about a young player, when he’s been given the chance he didn’t let the team down, what’s a bloody number….the man makes the suit the suit don’t make the man don’t forget that

It looks like young Nketiah will be feeling the pressure next season. With Alexandre Lacazette and Pierre-Emerick Aubameyang no longer at the club, it’ll be up to the likes of Nketiah to take up the goal scoring burden for the side. He won’t be the only one feeling the pressure. Mikel Arteta’s project could come to end if there isn’t any significant progress next year.

Arteta seems to clearly be focusing on youth and was very nearly rewarded for it with a Champions League spot but the North London side fumbled during the most vital moments in the season and will have to do it all over again. Arsenal did not have European football to worry about but by being back in Europe, they’re likely going to suffer from more fatigue.

One thing’s for certain, the Arsenal side seem United. Gabrield’s response suggests that this is a team with a strong bond and that can go a long way in any team sport. Arsenal will hope that this moment can power the side forward along with young Nketiah.

Also read:‘Arsenal getting their own Bernardo Silva’ – Twitter reacts to Arsenal’s wonderkid

‘There’s no confidence, no guidance, no structure’ – Rio Ferdinand defends Rafael Varane
‘Back To Where It Started’-Arsenal Full-Back Jordi Osei-Tutu Will Be Moving To VFL Bochum