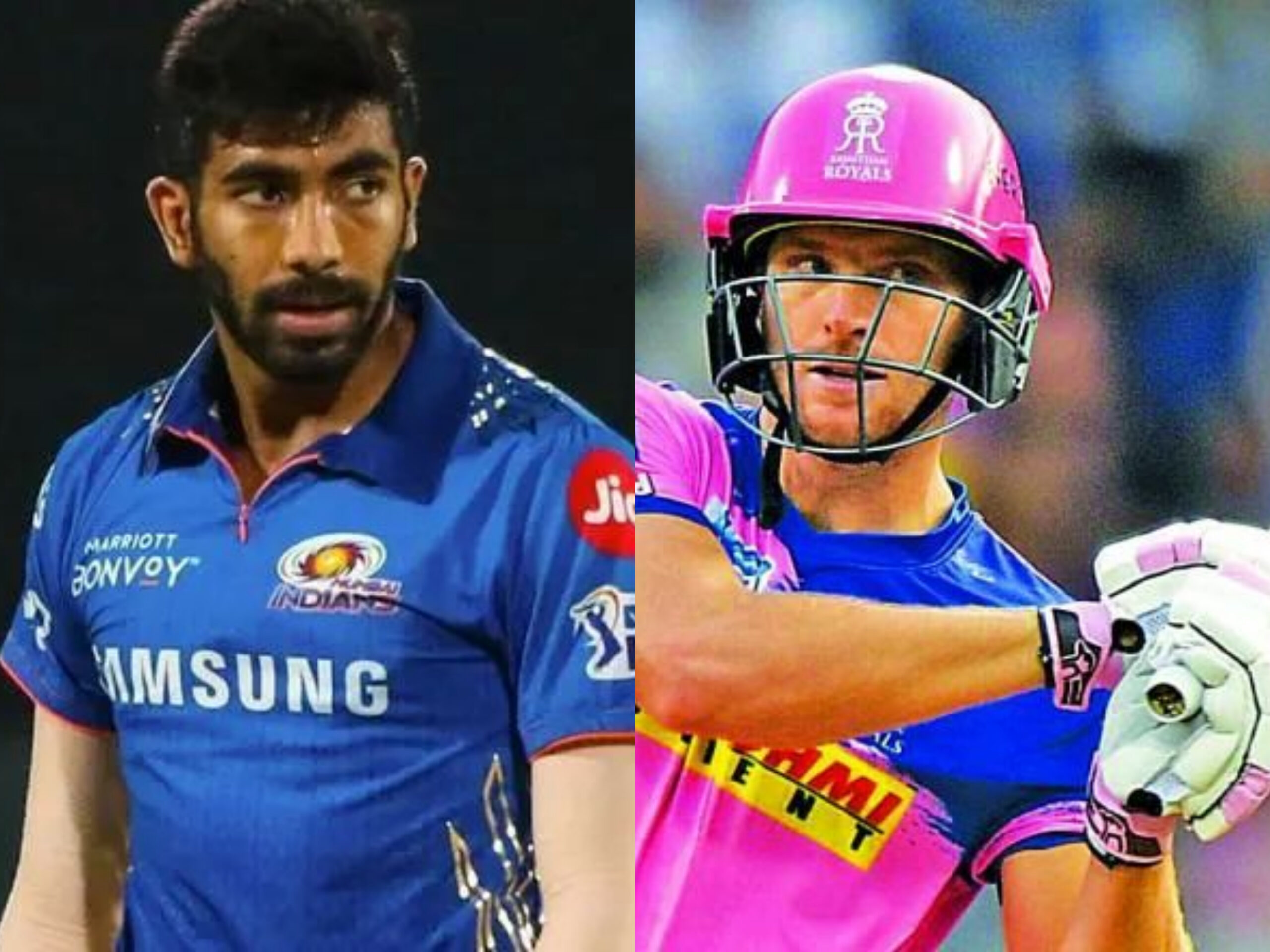 Jos Buttler has scored the first hundred of IPL 2022, bring it up in 68 balls. The Rajasthan Royals were set in to bat by the Mumbai, and the Englishman opened the batting alongside Yashasvi Jaiswal. Jasprit Bumrah was the only bowler against whom Buttler looked threatened, and he played and missed multiple times during Bumrah’s opening spell.

Still, Buttler survived. Jaiswal didn’t, falling for 1, but that didn’t stop Buttler. Basil Thampi replaced Bumrah in the fourth over, and Buttler clobbered him for 26 runs. Mills dismissed Devdutt Padikkal, concluding his scratchy innings for 7. That didn’t entirely help MI’s cause, because it brought in-form skipper Sanju Samson to the crease. Samson and Buttler proceeded to add a brisk 82 from 60, helping themselves to sixes or boundaries at will every over.

Shimron Hetmeyer joined Buttler after Samson’s innings of 30(19) ended, and Buttler was stuck on 98 for nearly two overs. Hetmeyer, however, did one better than keeping the scoreboard active, plundering (co-incidentally) 26 runs off his West Indies teammate Kieron Pollard.

31-year-old Buttler finally got to his 100 off an inswinging yorker, once Bumrah returned in the 19th over to close out his spell.

A deadly display of batting by Jos Buttler, just like we all expect him to do. First century of IPL 2022. Heart goes out for for the bowlers who have to bowl him in such scorching heat. #MIvsRR pic.twitter.com/tqKu16Ayjr

Buttler proving with his bat that he is Royal.

A user on Twitter pointed out Buttler’s astounding stats against the Mumbai Indians, whom he played for between 2016-2017.

Performance of Jos Buttler in the last 5 innings against Mumbai Indians:

Take a bow, Jos the Boss.

Jos Buttler has 80 average and 161.29 strike rate against Mumbai Indians in IPL.

But in the end, it was Bumrah who won the battle – Buttler never managed to score any more runs off him, or at all. Four balls later, after Hetmeyer was sent back after bludgeoning 35 off 14 balls, Bumrah castled Buttler with another sharp yorker.

Mumbai came back well in the death overs, giving away only 23 runs from 3 overs after the Hetmeyer fireworks. Rajasthan Royals have set Mumbai a first-innings target of 193. RR will be disappointed at not cashing in at the death overs, and will look for early wickets to defend what could be a par score.