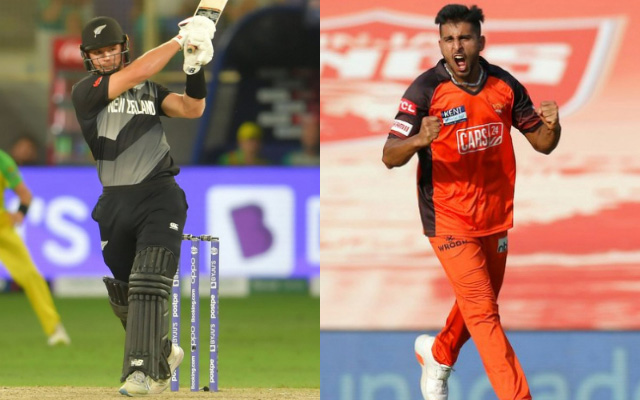 Glenn Phillips, a batter for the Sunrisers Hyderabad, spoke about the sheer speed that Umran Malik creates in the nets and how he had to cover himself with a chest protector to safeguard his own safety. A four-wicket haul from Malik wreaked havoc against the Punjab Kings’ batting order, and a stunning final over saw him pick up three more wickets without allowing a run. The final over of the innings saw Malik on a hattrick by dismissing Rahul Chahar and Vaibhav Arora in two successive deliveries, while Arshdeep Singh was run out by Malik on the final ball of the innings.

In the course of bowling the 20th over, Malik made history by being just the fourth bowler in the history of the IPL to do so, joining Irfan Pathan, Lasith Malinga, and Jaydev Unadkat as the other bowlers. He concluded with four wickets for 28 runs in four overs, including a maiden, and reduced the Punjab team to 151, which was comfortably chased down by SRH. In recognition of his outstanding performance, the 22-year-old pacer from Jammu and Kashmir was named the player of the match.

Glenn Phillips said that confronting Malik in the net is a difficult chore and that he had procured a chest protector to prevent himself from being injured. His thoughts on facing him throughout the match included the significance of remaining hydrated when bowling first, as well as how it would feel to confront him during the contest. In addition, Phillips believes that the field configuration that Umran and Kane used, which included positioning two fielders in the third man zone, is a novel way to prevent the speedster’s ability to move quickly, given that slips have proven generally ineffectual against him.

“He bowls with breakneck speed. It’s a nightmare having to face him in the nets. I’m wearing a chest guard to protect myself from being harmed. Consider the emotions of the batsmen that they will be experiencing on the field. When it comes to bowling, we have to be sure to stay as hydrated as we possibly can throughout the game. The heat is playing a role in this. Hopefully, we can keep them under control and he (Umran) can continue to bowl at that speed,” Phillips stated during the opening innings of the SRH versus PBKS game.

“Yeah, I suppose Kane and Umran have probably spoken to each other about it and agreed that putting a slip in place at this stage would be a waste of time given Umran’s bowling speed. Having two guys as the third man isn’t a terrible idea in certain circumstances. It’s also something unusual that hitters aren’t accustomed to seeing,” Phillips said.