‘I knew what was coming, wasn’t afraid’ – Quinton de Kock on refusing to take the knee in the T20 WC 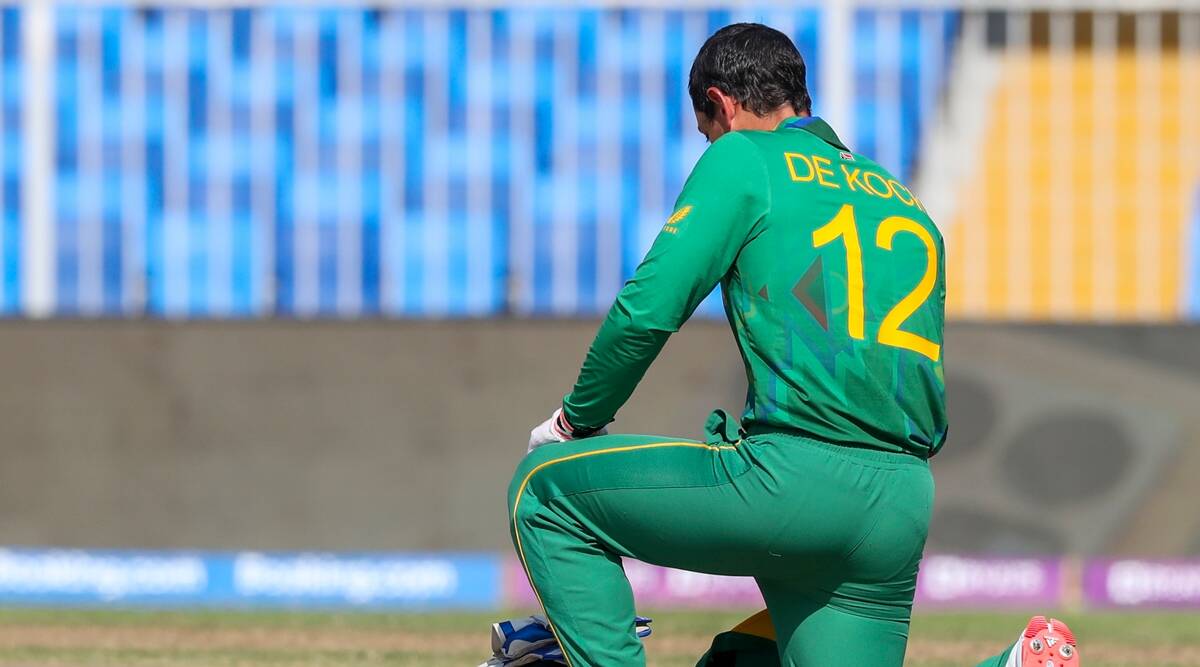 Quinton de Kock, a veteran wicketkeeper-batsman, found himself in deep water last year after he refused to follow Cricket South Africa‘s instructions to take a knee before every match in the T20 World Cup 2021. Because the southpaw did not agree to do so, he did not appear in the team’s group-stage match against the West Indies. According to reports, the Proteas players were instructed to take a knee in solidarity with the ‘Black Lives Matter’ movement during the match.

As a result of his refusal to make the gesture, De Kock received a barrage of negative feedback from all directions. Clarifying his position at the time, the left-handed hitter indicated that he believed his rights had been violated. After returning to the starting XI, he even apologised to the fans and made the gesture in the remaining games of the season. De Kock has now spoken out, shedding light on the whole incident and stating that he would have done nothing differently.

He also poked fun at the CSA for making the gesture mandatory for all players in the middle of the competition. “In retrospect, I would have done nothing differently. We are all committed to what we believe in. I’m quite aware of how I’m feeling. I’m well aware that I’m not a horrible guy. I’m not hiding anything from you. I wasn’t afraid since I knew what was coming,” De Kock said to the Times of India.

“The board members or whoever was in charge of issuing the command (to compulsorily take a knee), might have handled the situation differently, and not only amid a World Cup on the morning of a game. The players were subjected to undue pressure, which was completely unwarranted. There were a lot of young people on the squad,” he said.

The South African cricketer went on to say that cricketers are not campaigners but rather influencers who may help to bring about societal change. According to him, some make genuine contributions behind closed doors, but the world acknowledges those who express their opinions on social media platforms like Twitter and Facebook. “We’re cricketers, but we’re also social media influencers. We may not be able to make a significant difference in the areas, but we can raise awareness,” the 29-year-old said.

“There are a lot of people who are following us, who are watching our Instagram, who are watching our social media, so we try to assist where we can as influencers. In addition to this, a lot of athletes do not want to post anything on social media; instead, they prefer to go out and do the hard yards behind closed doors. On more than one occasion, I’ve seen men get more acclaim for a social media post than they do for going out and making a difference. The communities where we work can see what’s going on,” he said.