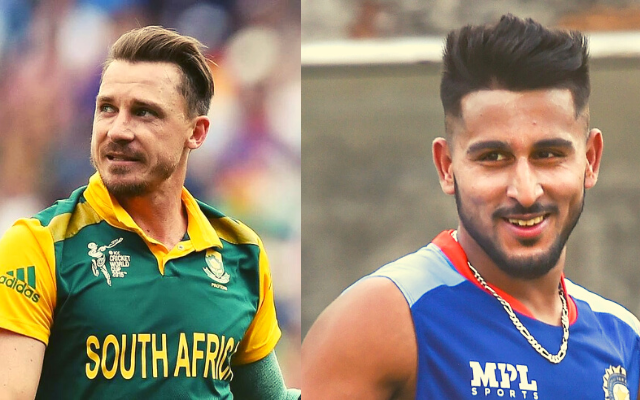 Umran Malik, turned in some of the most dominant performances with the ball during the 2022 edition of the Indian Premier League (IPL). As a result, he has become a topic of discussion in the world of cricket. He bowled some hot spells in the competition while playing for the Sunrisers Hyderabad (SRH), and as a consequence, the speedster has been named in the Indian team to take on South Africa in a five-match T20I series.

Umran, a right-arm fast bowler, had an impressive showing in the Indian Premier League 2022, taking 22 wickets in only 14 matches and averaging over 145 kilometers per hour with his deliveries. The fast bowler has recently disclosed how his SRH bowling coach and veteran, Dale Steyn, anticipated that he would soon earn an international call-up before the commencement of the IPL. Steyn was the head coach of the bowling unit.

Dale Sir was with me on the team bus when I found that I had been picked to play for India: Umran Malik

The young player is now undergoing training with the other members of Team India. In a video that was published by the Board of Control for Cricket in India (BCCI), the pacer stressed the fact that his ultimate objective is to provide India with the best performance he is capable of.

“Dale Sir (Steyn) was aboard the team bus with me when I found out I had been picked to play for India. We were planning on going to the game. Everyone applauded me, and Dale Sir remarked something “I told you before the IPL that you would receive the India call-up after the season.” And by the grace of God, that is precisely what ended up taking place. My objective is to give my all for Team India today,” Umran Malik said in a video posted by Dale Steyn.

“It was a great pleasure to have the opportunity to meet and speak with Rahul Dravid sir. He is such an icon in the history of the game. He only advised me to go on working in the same manner. In addition to that, Paras Sir was standing behind me and was directing my every move after each ball. It was instilling a great deal of confidence in me,” he went on to say.

The opening match of the series will be contested between the Men in Blue and South Africa on June 9 at the Arun Jaitley Stadium in Delhi.