I want to be an all-format player like Virat Kohli: Yash Dhull 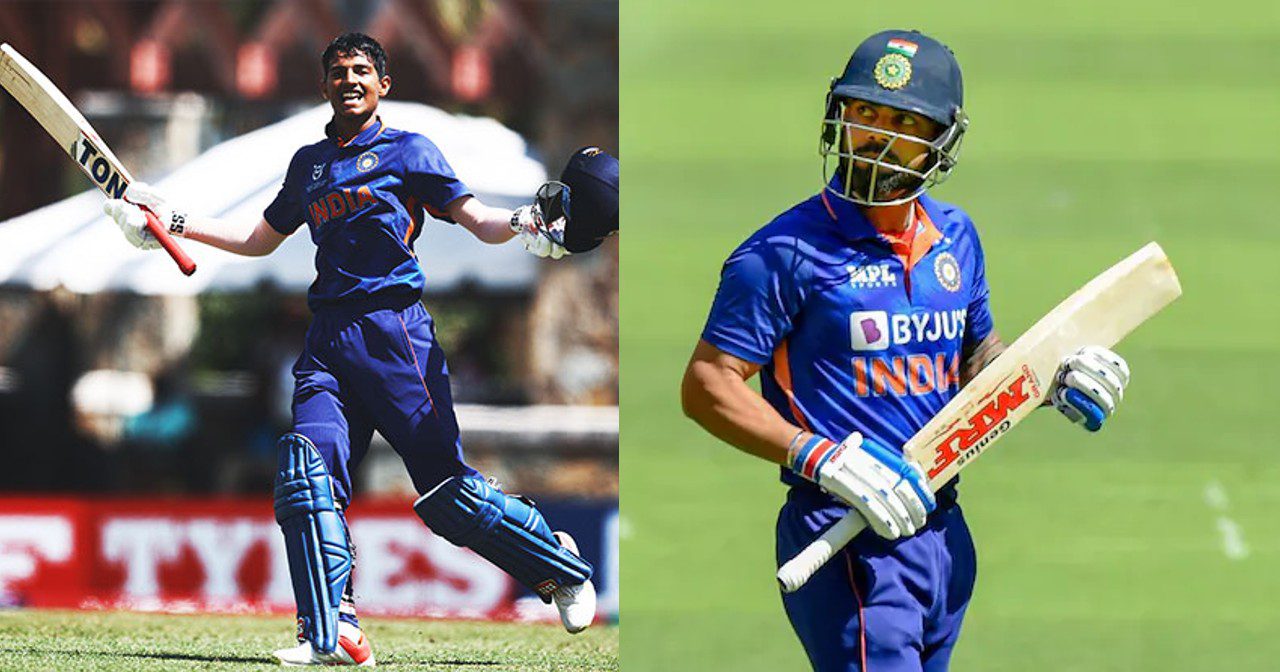 Young Indian batter Yash Dhull said that he wants to dominate all three formats of the game like former national skipper Virat Kohli. On Thursday, February 17, Dhull joined an elite list of players, including Rohit Sharma, Sachin Tendulkar and Amol Mazumdar, who have scored centuries on Ranji Trophy debut.

Dhull accomplished the feat during Delhi’s Elite Group H match against Vijay Shankar’s Tamil Nadu at the Barsapara Cricket Stadium in Guwahati. Just after the lunch break on the first day’s play, the right-hander got to the milestone.

On the back of his knock, Delhi posted a mammoth score of 452 in their first innings. Lalit Yadav, who’s played for Delhi Capitals (DC) in the IPL, top-scored with 177.

The 19-year-old, in the meantime, talked about being versatile and looks up to Kohli as an inspiration. Back in 2007, Kohli won India U19 the World Cup in Malaysia and from there on, he has kept scaling greater heights in his career.

Dhull, recently, became the fifth Indian skipper to win the U19 World Cup. Earlier this month, the Boys in Blue defeated Tom Prest’s England in the final to lift the trophy. During the tournament, the Delhi-born Dhull was tested positive for COVID-19, but he was back to his best when he made a comeback.

In four matches, Yash Dhull racked up 229 runs at an average of 76.33 and a strike rate of 85.44 with one century and one half-century. His top score of 110 came in the Super League semi-final against Cooper Connolly’s Australia at the Coolidge Cricket Ground in Antigua.

India won the match by 96 runs and Dhull became the Player of the Match for his stupendous knock. Yash Dhull has recently earned an INR 50 lakh deal from the Capitals, led by Rishabh Pant, to play in the 2022 IPL. Punjab Kings (PBKS) also bid for him, but DC ended up securing his services.