‘I wanted a dot ball, not a hat-trick’ – LSG pacer Avesh Khan after his match-winning 4-24 against SRH 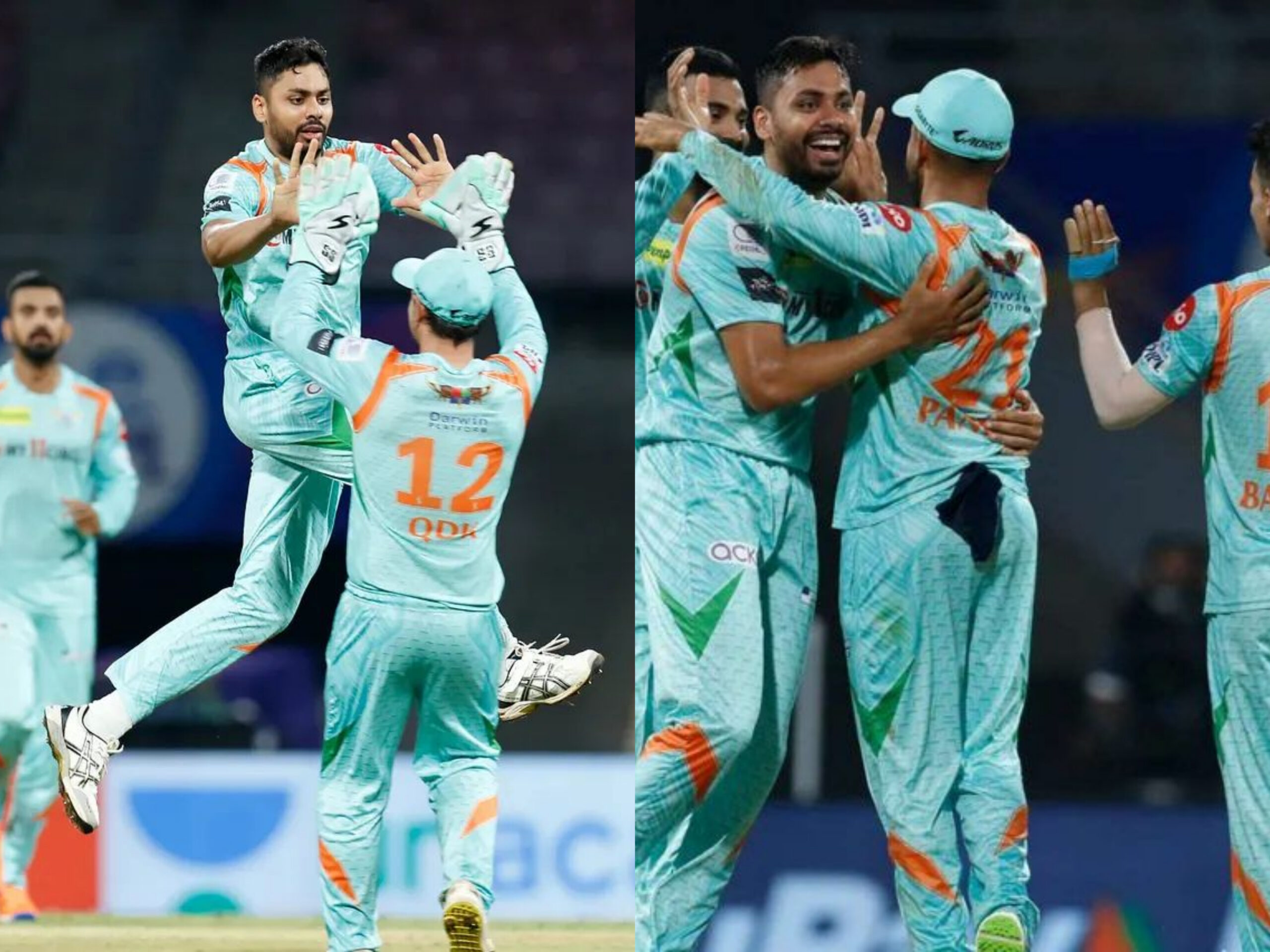 Lucknow Super Giants clinched a thriller against Sunrisers Hyderabad yesterday at the DY Patil Stadium. The margin of victory was 12 runs, but the game was a lot closer than it sounds. Young pacer Avesh Khan starred for LSG with four wickets as SRH crumbled to 157 for 9 in pusrsuit of LSG’s 170.

Avesh detailed his bowling plans going into the game, and it’s worth noting that he targeted SRH skipper Kane WIlliamson with slower balls. “Effort was to give wickets to team because that’s what the team wants from me. I wanted to give wicket in powerplay phase and slog-overs phase,” Avesh said at the post match presentation, after he was awarded the man of the match. “I had thought I’ll bowl slow. I noticed that slower balls were working well in the first innings, so I thought I’d do that as a variation in the powerplay.”

SRH weren’t exactly cruising, but they were certainly ahead at the end of the seventeenth over. At that stage they were 137 for 4., needing 33 runs of he last three. Washington Sundar and potential danger Nicholas Pooran had been batting confidently, and at that point their partnership stood at 42 from 26 balls.

Avesh Khan is adjusting well to the LSG setup with Gambhir, Flower

Enter Avesh. After Pooran slapped a six off the first ball, Avesh retaliated with a mean yorker that the West Indies finisher could not touch. Pooran then miscued a shot off a low full toss, and Abdul Samad was sent packing off the next delivery after edging a wide yorker to de Kock. Romario Shepherd kept out the hat-trick ball, another searing yorker, but Avesh had already done the damage.

The hat-trick, however, was of zero concern to the 25-year-old pacer. “I wanted to bowl a dot ball so thought I’ll go for the yorker option,” Avesh explained. When asked about the adjustment to his new franchise after playing for Delhi Capitals, he said, “The set up is great with Gambhir, Bichel and Flower here. They tell me to bowl to my strengths.”

Avesh had already claimed two wickets in the powerplay, taking care of opener Abhishek Sharma. He showed impressive guile and variation to claim the wicket of skipper Kane Williamson, who needs to step up his game considering the desperate reliance upon him by SRH. Avesh ended his match-winning spell with 4 wickets for only 24 runs.

Madhya Pradesh-born Avesh dedicated his exceptional bowling performance to his mother. “I would like to dedicate this performance to my mother who is hospitalized,” he said to his teammate Deepak Hooda during a post-match interaction. “I received a lot of support from her. After the match, I picked up my phone and connected with her on a video call, and gave her the details of the match. By God’s grace, she is fine now.”

‘It was deplorable, umpires ignored our complaints’ – BCB to lodge complaint about sledging by SA players after 1st Test
Netherlands to host Pakistan for ODI series