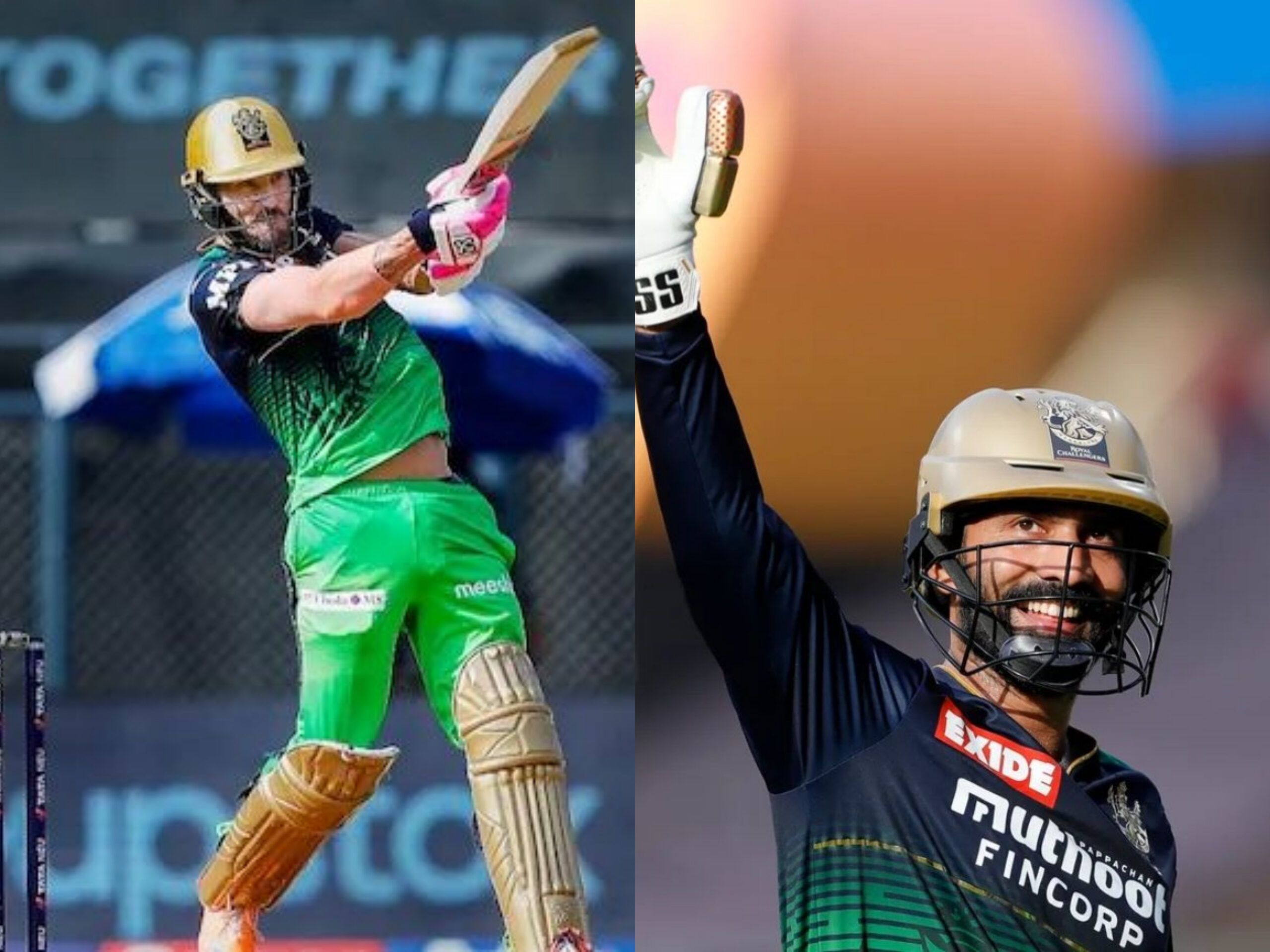 RCB skipper Faf du Plessis was elated by his side’s clinical all-round performance to dismantle the Sunrisers Hyderabad in the Sunday afternoon double header. the Sunrisers folded for 125 all out in the 20th over to hand RCB a 67-run win. Incidentally, the margin of victory was one less than the score RCB managed to make the last time the two sides met, so it’s safe to say the tables have turned following that ignominious defeat.

Faf himself starred with the bat, scoring an undefeated 73 off 50 and rebuilding the innings after losing his opening partner Virat Kohli for a golden duck. The knock, his third half-century of the season made him the third highest run-scorer of the tournament, leapfrogging past ten players to settle behind Jos Buttler and KL Rahul.

Maxwell and Faf had put together a half-century stand for the third wicket, but both were starting to slow down. Faf could only post 17 runs off the last 14 balls he faced, and Maxwell’s boundary count had dried up too. Faf explained that he was considering retiring out to get DK to face the last few overs.

At the post-match presentation Faf said, “If he keeps hitting sixes like that, everyone always wants to get him in and bat for as long as possible. But he’s just so clear. I mean, to be honest with you, I was actually trying to get out because I was so tired to get DK in and we were even contemplating, you know, myself retiring.”

Rajat Patidat (48) and Glenn Maxwell (33) made important contributions, but Dinesh Karthik produced another jaw-dropping cameo to boost RCB’s total to 192. Maxwell’s wicket in the 17th over was his entry point, and he proceeded to score 30 off 8 balls striking at 375, and hit four sixes and a boundary. Fazalhaq Farooqi‘s last over went for 25 runs, 22 of which came off DK’s bat.

“But then we lost that wicket. Yeah, DK is in such good form. But it was a tricky wicket. It wasn’t one of those wickets where you could just come in – I think it was not evident with DK but with other guys, the first few balls, they struggled. And then lucky for us, I think there was a dropped catch off DK in that one over and then he took them apart.”

Wanindu Hasaranga was awarded the player of the match for his first IPL five-for, which included the pivotal scalps of Aiden Markram and Nicholas Pooran. “Really happy for Wani,” du Plessis said. “I think personally he was looking for that one match where he blows right through the batting line-up. He’s been threatening to do that right throughout the campaign. So very happy that tonight was that night. He’s obviously one of those special bowlers, if you’re not picking him, and especially when you get to the lower-order batters, he can run through them quickly.”