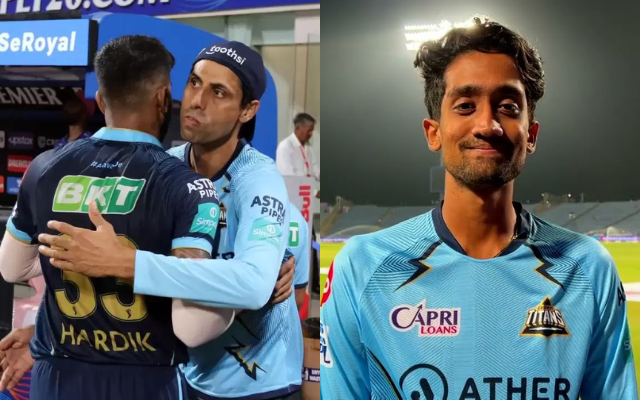 After R Sai Kishore sat on the bench for a few seasons with the Chennai Super Kings (CSK), it seemed inevitable that he would end up playing for a different team during the 2022 Indian Premier League (IPL) mega-auction. A player of his caliber didn’t deserve to be sitting on the bench, and while CSK made an effort to reacquire the guy they obviously had trust in, the Gujarat Titans (GT) were more ready to spend the money to make the deal work in their favor.

IPL newcomers shelled up INR 3 crore, a substantial increase over the base-price acquisition of Sai Kishore at the last auction, to get the services of one of the most promising young bowling talents in the country. He was able to provide a return on the investment by taking six wickets in five matches at an economy rate of 7.56 while helping GT win their first championship in their first season.

When the season began, GT had four fast bowlers, but as the season progressed and the wickets became more favorable for spin bowling, the team made adjustments to the makeup of their playing XI. The Titans often played a batter light, and when they did, they pitched the ball to an uncapped player named Sai Kishore. Sai Kishore’s control and smartness led to him being the second spinner behind Rashid Khan during the most crucial time of the season.

Several GT players have expressed their gratitude to the team management, which has put a significant focus on maintaining open lines of communication and making things as straightforward as possible.

What did Sai Kishore say about Hardik Pandya and Ashish Nehra?

Sai Kishore is the same as everyone else. In an exclusive interview with Sportskeeda, he heaped admiration on head coach Ashish Nehra and captain Hardik, calling them genuine human beings who carried out their leadership responsibilities with elegance and composure. He also praised the team as a whole for their performance.

“The wickets in Mumbai were quite good, so it would have been counterproductive to use another spinner there. I had never played in the IPL before, but after I had participated in two games, they showed greater faith in me. Ashish Nehra is a really honest and sincere individual, and he is on a very different level as a human being. Hardik is another person who has an air of sincerity. I was given very clear communication on what was going on in their thoughts. When you aren’t really playing, you should be thinking about the team, and things turned out very nicely,” said Sai Kishore.