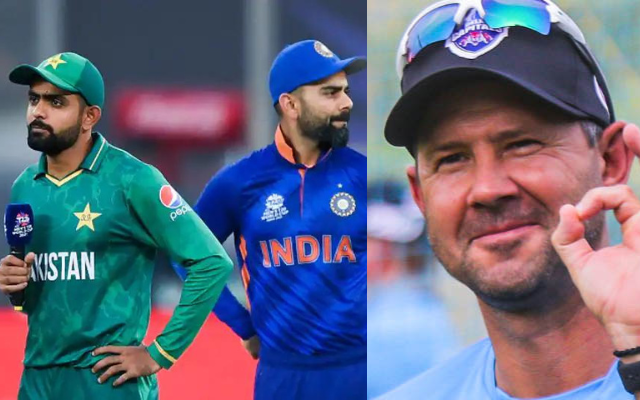 Ricky Ponting, a former captain of the Australian cricket team, has expressed his belief that India would be able to successfully retain their title at the next Asia Cup in 2022. Ponting also believes that India’s national team will be victorious over their bitter rivals, Pakistan. When it comes to cricket on the international stage, a matchup between India and Pakistan is the most important matchup that may take place.

Ricky Ponting said the following when speaking with Sanjana Ganesan on The ICC Review: “To be perfectly honest, it’s one that we’ve been deprived of, haven’t we… thinking back over the previous 15 or 20 years. If you are a fan of cricket like I am and an observer of cricket, you know that once those kinds of conflicts come up, it is virtually always enjoyable to sit back and watch because everything just rises a notch, doesn’t it?”

Ricky Ponting is well-versed in the art of strong rivalries, having played a significant role in the history of the Ashes series and participating in numerous games against England that defined their age. However, the former captain of the Australian cricket team believes that playing against each other in a test match would not diminish the intensity of the rivalry between India and Pakistan.

What did Ricky Ponting say?

Ricky Ponting provided the following explanation: “When I think of rivalries, Australia and England and the Ashes, cricket is the peak I’ve always thought of for our Test match games. I have no doubt that both Indians and Pakistanis would say the same thing about it, and I believe that the genuine rivalry would be the zenith of Test match cricket for both India and Pakistan as well.”

At the Asia Cup 2022, which will begin on August 28 at the Dubai International Cricket Stadium, the next chapter of the long-running Asian rivalry is going to be written. The last time these two teams competed against one another was in the ICC World Twenty20 2021, which was won by the Men in Green by a comfortable margin of 10 wickets. Despite this, Ponting is certain that India will prevail in the forthcoming match, claiming that they will set a new record by winning their seventh Asia Cup overall.

Ricky Ponting said: “I would back India to prevail in their match against Pakistan. This in no way detracts from the greatness of Pakistan as a cricket country, which continues to produce players who are absolute superstars in the sport. It is very difficult to defeat India in any competition, not only the Asia Cup. Nevertheless, when we speak about the Twenty20 World Cup that is about to take place, I believe that India will be right in the thick of it there. Because India has a deeper squad than any of the other teams competing, I believe they will emerge victorious in the Asia Cup.”

‘One world class batsman and another world class overactor’-Twitter reacts as Shikhar Dhawan and Varun Dhawan click a photo together
‘Ross, we didn’t pay you a million dollars to score a duck’-Ross Taylor reveals that he was slapped by RR owners for getting out for a duck