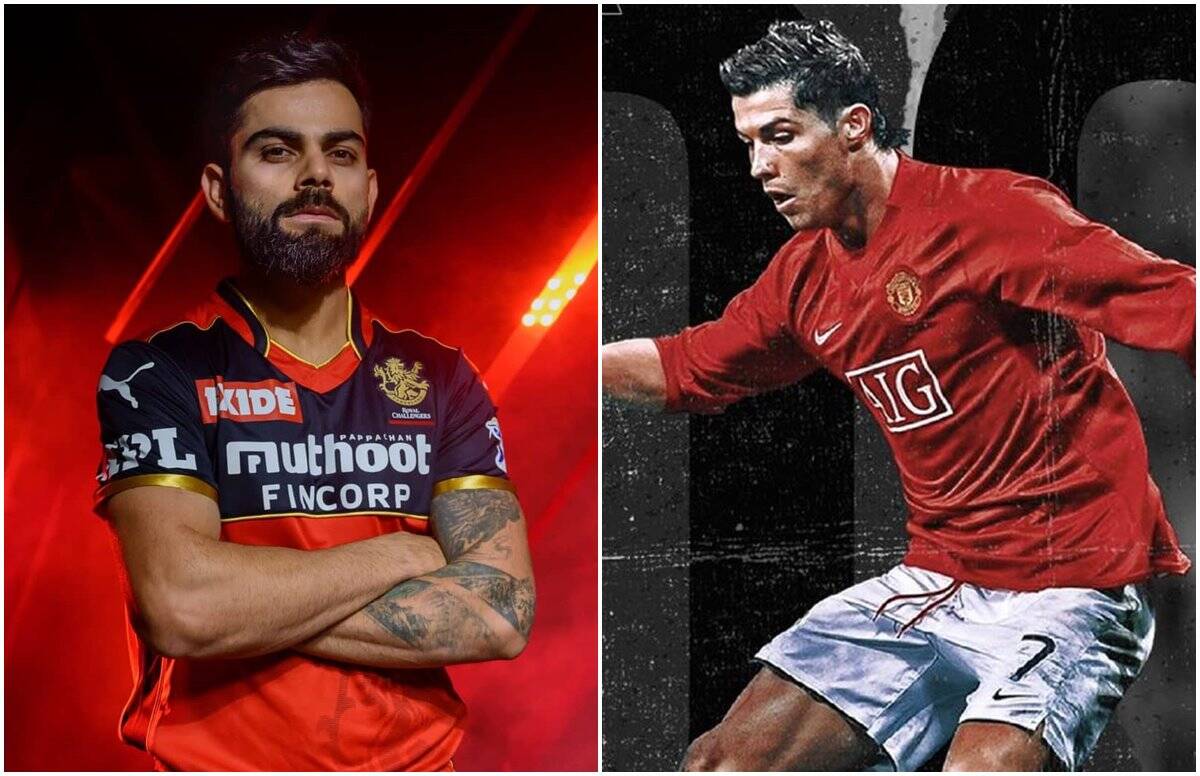 Virat Kohli, former captain of the Indian national team and the Royal Challengers Bangalore (RCB), has always been forthright in expressing his admiration for Cristiano Ronaldo, the Portuguese football phenomenon. Virat has always admired his work ethic and considers him to be a role model in a variety of areas.

Virat Kohli was seen in a video posted by the Royal Challengers Bangalore on their official YouTube page addressing a few questions as the staff worked on his photograph. In a BTS (Behind the Scenes) video released by the franchise, he was asked who his favourite athlete of all time was and how he would react if he woke up one day and found himself in the same position as him.

“Cristiano Ronaldo! Cristiano Ronaldo! If I woke up as Cristiano Ronaldo, I’d perform a scan of my head to figure out where all of that mental power comes from (smiles),” Kohli said of the dream scenario. Mohammad Siraj and captain Faf du Plessis were among the players who appeared in the behind-the-scenes clip.

While Siraj acknowledged that he liked Ronaldo, he went on to say that if he woke up one day like him, he would want to build a hospital for people in need, to contribute to and benefit the community in which he lives. Roger Federer, the tennis superstar, and 20-time Grand Slam winner, was named Faf’s favourite athlete because of his calm and serene demeanour. If Faf were to awaken and find himself in the role of Roger Federer, he would gaze at his Rolex collection.

Aside from that, Virat Kohli talked about the two cricketing incidents, both of which he was a part of, that shattered his heart and continued to play on his mind to this day. The first of them, he said, was the 2016 season of the Indian Premier League (IPL). As a result, Kohli finished the season with 973 runs to his credit, the most ever in a single season. Kohli was also the highest run-getter in the competition.

He believes that even after all of his efforts, he felt really horrible when he was unable to lead his side to victory in the final against the Sunrisers Hyderabad and bring the tournament to a close. The second incident, he recalls, was the 2016 T20 World Cup. He had been named the tournament’s player of the year, but he was devastated when India lost in the semi-finals to the West Indies.

While reliving heartbreaking times, Kohli stated, “IPL final 2016 and that same year, 2016 World Cup semifinal at Wankhede vs West Indies were two of the most devastating memories.”

While discussing the most memorable events of his career, he cited the thrilling victory that his side had accomplished against the Gujarat Lions in the first qualifier for the Indian Premier League 2016. “The last game we played in 2016 was versus Delhi, which took place in Raipur. And then there was the very next qualifier, in which AB played a gun knock and Iqbal was on the opposite end of the field with him. The celebration that followed that game was the most memorable I’ve ever been a part of,” Kohli added.