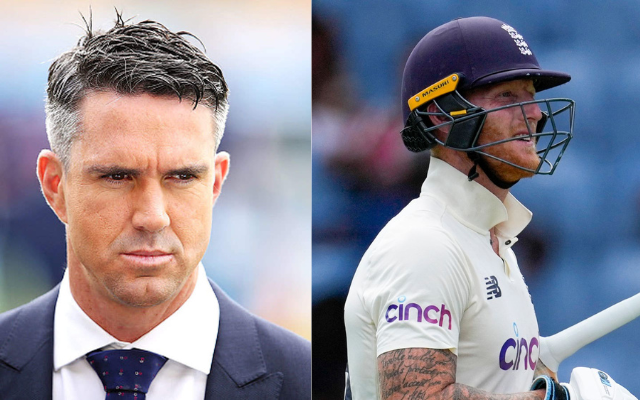 Kevin Pietersen, a former batsman for England, has said that he would want to assist the youthful English batting side, which may be a clue that he may take on a coaching job in the future. After losing 16 of their previous 17 Test matches before the start of the English summer, England made a change in their coaching staff to improve their performance. Ben Stokes has taken over as captain of the team after Joe Root’s departure, while Brendon McCullum has been named the new head coach instead of Chris Silverwood. The ECB also selected Rob Key to fill the role of new managing director.

A victory in the first test match played against New Zealand at Lord’s provided the new management with an instant return on their investment. And Pietersen, a former cricketer who now works as a pundit, seemed to imply that England fans want to see more exciting cricket, and that is precisely what McCullum has contributed to the game.

“Brendon McCullum is a very intriguing candidate for the position of Test match coach for England. I believe that his style of cricket will be one that will be consistent with the goals that Rob Key and Ben Stokes have for the game. In addition to that, it is what the paying audience wants to see. There was a need for something to happen, and the shift that has occurred is a good one,” Pietersen said to Betway.

Pietersen has played for the English national team in 104 test matches, during which he has accumulated 8181 runs at an average score of 47.28. After he announced his retirement, he continued to be involved with cricket by providing commentary. Pietersen has no previous experience as a coach at any level, but he is eager to contribute to the team by assisting the younger batters for England who are still learning their craft. He also said that he intends to support the youth of England and assist them in developing a constructive attitude that allows them to think creatively outside the box.

“I’d want to provide a hand to this brand-new and promising young England batting squad. I’d want to be of assistance to them because I believe that what England needs is a few coaches in there who are not afraid of losing their jobs. I believe that this is what England needs. But to really support them. Encourage young people to think creatively, outside the box, and positively, and provide them with the support they need to do so.

Therefore, it’s not the kind of job where you look at a large number of coaches all around the globe and say, ‘He needs that job.'” Pietersen said on the podcast of the Barmy Army that he does not need that employment, but he would enjoy the opportunity to assist these individuals.

Gautam Gambhir names his top three for T20 World Cup, leaves out KL Rahul
‘We Will Get A Great Deal Of Knowledge’- Nicholas Pooran Reflects On The 3-0 Loss In The Pakistan Series