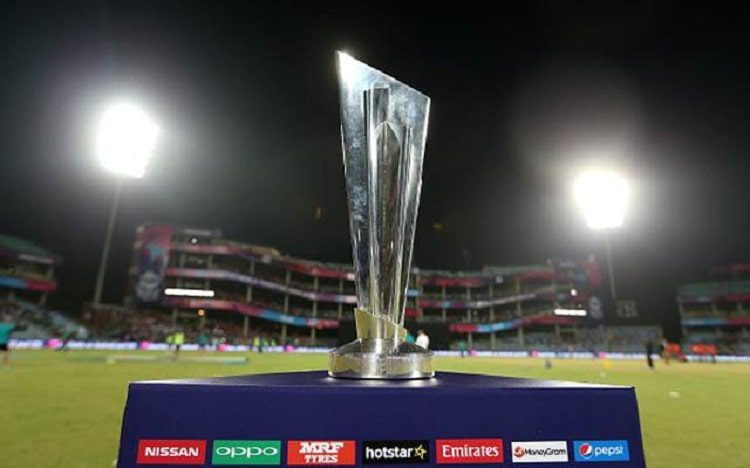 ICC World Cup T20 is a limited over cricket championship that takes place amongst 16 international Men’s Cricket teams. The first edition of ICC T20 World Cup was held 2007. Since then ICC World Cup has seen 6 successful seasons so Far. Initially the series took place after every 2 years, but since 2016 it was announced that ICC World Cup t20 will be held in every 4 years. ICC T20 World Cup Winners List 2007 To 2021.

After 5 years of gap, ICC T20 World Cup 2021 edition is all set to roll from October 17th,2021. Fans and players are eagerly waiting for it to commence and begin playing. All matches will be held UAE, behind closed doors. Initially India was going to host the ICC World Cup 2021, but due to the rising cases of Covid-19, it was shifted to UAE. Now lets take a look at the ICC T20 World Cup Winners List 2007 To 2021.

Below are the champions over the years of the ICC T20 World Cup Winners from 2007-2021. Take a look at the table and check out the entire list for the same. The 2020 edition of ICC World Cup was not held due to the onset of global pandemic, the host nation for 2020 were Australia.

The winners for the year 2007 in ICC T20 Series World Cup was India. India had a strong team of young batsmen like MS. Dhoni, Sourav Ganguly and they also had Sachin Tendulkar by their side. The Team defeated Pakistan in the finals, beating them with a close margin of 5 runs. The team won their 1st victory in the inaugural season.

India only lost one match in the entire series against New Zealand in the round known as Super 8.

The winners for the year 2009 in ICC T20 Series World Cup was Pakistan. The series was held in England, where Pakistan made it to the finals along with Sri Lanka. The Clash between the two nations was spectacular, having lost the last season, Pakistan won the finals by 8 wickets to Sri Lanka.

Although Pakistan lost their first match against England, also their match against Sri Lanka in Super 8 round, they managed to win their title and put their name in the ICC World Cup Winners list.

The winners for the year 2010 in ICC T20 Series World Cup was England. The first non-asian country to win the ICC World Cup Trophy England won against Australia by 7 wickets. they battled their way out through the entire series held in West Indies. The English men had given the Aussie men a tough fight.

England had lost their first match against the host nation West Indies. However they showed consecutive wins thereon and were successful in capturing the Trophy of ICC T20 Cup 2010.

The winners for the year 2012 in ICC T20 Series World Cup was West Indies. After 3 successful season West Indies won the trophy thereby, adding their name to the Winners list. West Indies won by 36 runs by Sri Lanka. The Windies lost their first match of ICC World Cup T20 series 2012 against Australia, however they managed to sweep the trophy.

The winners for the year 2012 in ICC T20 Series World Cup was Sri Lanka. After being in the finals twice and losing both times, Sri Lanka finally got their hands on the ICC T20 World Cup 2014. Sri Lanka won by 6 wickets from India.

Even though Sri Lanka lost one match against England in the group stage, they were undefeated in all the other matches.

The winners for the year 2012 in ICC T20 Series World Cup was West Indies. The Windies once again achieved the winners title in 2016. They Defeated England in the finals, won by 4 wickets. They also defeated the host nation India in the semi finals. However, they had lost one match against Afghanistan but they managed to win all the other matches from thereon consecutively.

For the first time, the seventh ICC Men’s T20 World Cup tournament was set to take place in India from October to November 2021. Sri Lanka and the United Arab Emirates have been designated as backup locations for the tournament by the International Cricket Council (ICC) in August 2020. The tournament was originally intended to take place in Australia, however it was postponed until 2021 due to the current COVID-19 pandemic.

The BCCI nominated the cities that will host the future matches on April 17, 2021: Bangalore, Chennai, Dharamshala, Hyderabad, Kolkata, Lucknow, Mumbai, and New Delhi. The final match of the 2021 ICC Men’s T20 World Cup is expected to be held in Ahmedabad.