The ICC has announced Mohammed Rizwan as the ICC T20I Cricketer Of The Year, for his brilliant performances in 2021. 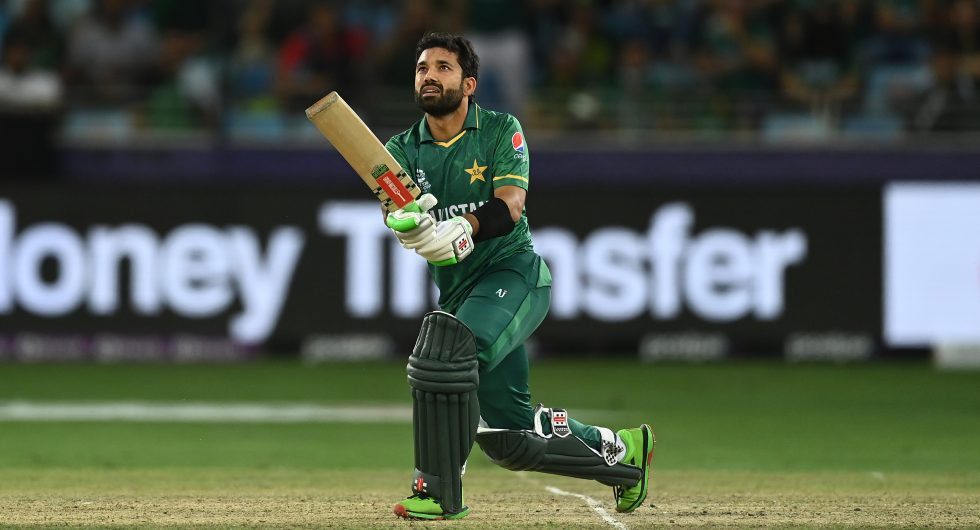 Men’s ICC T20I Cricketer of the Year for 2021 has been announced by the International Cricket Council (ICC). While many players demonstrated their mettle in the shortest format in the previous year, Mohammad Rizwan, Pakistan’s wicketkeeper-batsman, was selected by the ICC for his outstanding performances on the 22-yard pitch.

While Rizwan had a stellar year with the bat, his glovework was as impressive, as he finished with 1326 runs in 29 games with a strike rate of 134.89 and an average of 73.66, while also completing 24 dismissals with his glovework. This made him a serious favourite for the ICC T20I Cricketer of the Year award.

Additionally, the opener was essential in the Men In Green reaching the semifinals of the ICC Twenty20 World Cup in 2021 (ICC T20 World Cup). David Warner (289 runs) and Babar Azam (281 runs) were the top two run-scorers in the competition, with him and his captain Babar Azam finishing third and fourth, respectively (303).

While he achieved his first Twenty20 International century against South Africa in Lahore in early 2021, his finest knock of the year came against his arch-rivals India in the T20 World Cup 2021 Super 12 match on October 24 in Dubai. The undefeated Mohammad Rizwan batted 55 balls and hit six boundaries and three maximums at an amazing strike rate of 143.6 to help Pakistan reach 152 in pursuit of the target. His partnership with Babar Azam (68*) enabled Pakistan to beat their arch-rivals by 10 wickets and more than two overs to end their World Cup curse without breaking a sweat.

When it came to his first knockout match in a major tournament, Rizwan kept his cool and made it count for his team against eventual champions Australia in the semi-final. Rizwan scored a valiant 52-ball 67 at a strike rate of almost 129, which helped the Men in Green post a challenging total of 176/4 from their 20 overs.

It was on the verge of being a match-winning knock when Hasan Ali fumbled a catch and Australian middle-order hitter Matthew Wade hit three consecutive sixes off Shaheen Afridi to bring the 2009 winners’ promising campaign to an end. That still didn’t cost Rizwan the ICC T20I Cricketer of the Year title.

After being named the International Cricket Council’s Men’s ICC T20I Cricketer of the Year, Rizwan would be pumped up to reach even higher heights in 2022, when two multi-nation competitions in the shortest format are scheduled: the Asia Cup and the T20 World Cup.