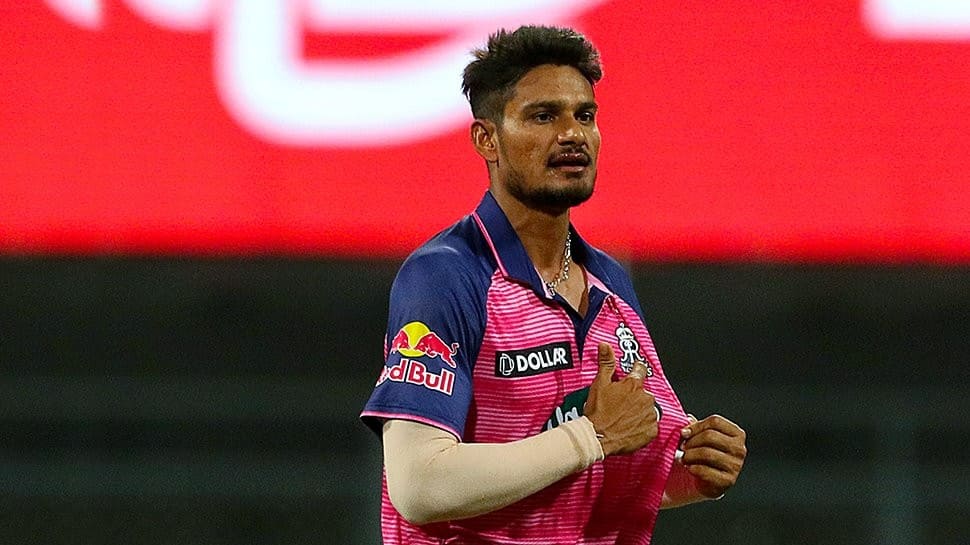 Fast-bowler Kuldeep Sen made his IPL debut for the Rajasthan Royals, and he’s not likely to forget this game in a hurry. The 25-year-old successfully defended 15 runs off the last over, guiding RR to a three-run win over Lucknow Super Giants. To put this in better perspective, Sen was given the responsibility of tying down Australian batter Marcus Stoinis, who had already smacked 28 off 12.

Prasidh had bowled extremely well up to that point, taking one wicket and giving away only 16 runs, but was taken apart by Stoinis at the death. He bowled the 19th over and gave away 19 runs, Stoinis bludgeoning him for two sixes and a four. LSG were already eight down going into the penultimate over, but that didn’t matter with Stoinis still unbeaten batting at a strike-rate of 225. With Stoinis at the crease, 15 runs off the final over could’ve been anyone’s game.

But in the end it was Kuldeep Sen who triumphed, and held his nerve admirably in the 20th over. Avesh Khan took a single off the first ball, desperate to bring Stoinis on strike. Interestingly, Trent Boult and Jos Buttler seemed to be guiding the youngster on where to bowl and setting his fields while skipper Sanju Samson stayed quiet behind the stumps. Kuldeep targeted the low wide yorker, notoriously tricky to bowl in the death-overs of T20 cricket, but proven to work if the bowler can get it right.

Kuldeep got it right indeed. He bowled three dot balls in a row, leaving LSG needing 14 runs from 2 legal deliveries. Stoinis predicted the wide deliveries and stepped out of his crease to face them, but couldn’t get them away. He smacked the first one straight to the cover fielder, while the second landed on his pads after he’d traveled far out of the crease.

Under pressure, LSG now needing 14 off 3, Stoinis swung wildly at the next ball but only managed a desperate heave at thin air. He whacked a six and a four off the last two deliveries, but it was RR who came out on top to claim the hard-fought two points, winning by three runs. Kuldeep ended his spell with 1 wicket for 35 runs, Deepak Hooda becoming his first ever IPL wicket.

RR had set a target of 165 for LSG, built on the back of an unbeaten Shimron Hetmeyer 59. LSG will be ruing Krunal Pandya’s dropped catch when he was still on 14. R Ashwin batted alongside him from his 28 (22), and made history when he retired out in the 19th over.

Kuldeep Sen!! What a night for him!! 3 consecutive dot balls while defending just 15 runs in the last over, with a batter like Marcus Stoinis on strike!! Also claimed the wicket of Deepak Hooda earlier in the match. A debut to remember for him!#RRvLSG

Serious fight in that performance! What a first IPL match for Kuldeep Sen, @SHetmyer special once again and I’ve run out of words for @yuzi_chahal already 🙌#HallaBol

What a win for Rajasthan Royals. Debutant Kuldeep Sen, just magnificent in the final over. pic.twitter.com/8KANmYB03G

Imagine the pressure in debut match. What a last over Kuldeep Sen.

Kuldeep Sen, what an over. What a spell.

Amazing from Kuldeep Sen. These youngsters have ice running in their veins or what?