‘If he came back, it would be free, so it would be viable within my area’-Barcelona’s economic vice-president provides an update regarding Lionel Messi’s return 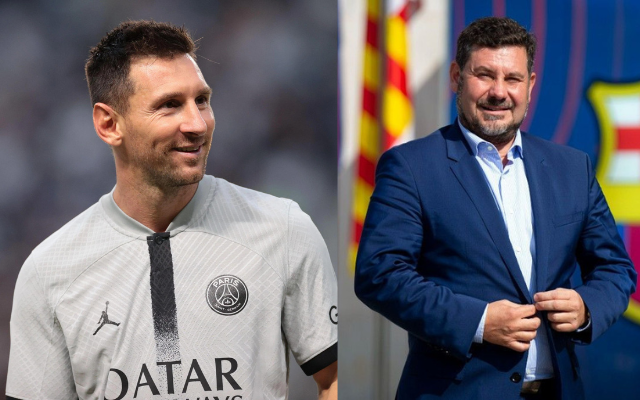 In an interview with El Mat de Catalunya Ràdio (h/t SPORT), Barcelona’s economic vice-president Eduard Romeu stated that the club would be able to accommodate Lionel Messi’s possible return to the team the following summer because the Argentine would be able to join the team without having to pay a transfer fee.

Everyone was taken aback when Messi announced his intention to leave Barcelona the previous summer. However, owing to the strict requirements of the La Liga Fair Play regulations, the club was unable to offer him a new contract. In the end, he decided to accept a two-year deal to play for Paris Saint-Germain.

Messi, on the other hand, will be eligible to move for free the following season, and Barcelona is making every effort to get him back to the team. President Joan Laporta and the rest of the club’s leadership want the Argentine legend to continue writing new chapters of his story at Camp Nou.

What did Eduard Romeu say about Lionel Messi?

It has been stated that the superstar, who is now 35 years old, is prepared to quit PSG when his current contract comes to an end. And now, Barca’s economic vice-president Eduard Romeu has confirmed that an attempt to bring the player back to the club would be possible given that he would be a free agent.

“If he came back, it would be free, so it would be viable within my area, although I don’t have it in the budget. He is an icon of the club, this will always be his home, but it will be a technical decision,” Romeu said.

In addition, the Barcelona economic vice-president underlined that the club does not foresee any problems with player registrations for the next season either, as he stated: “Barça will have no problems next summer with the structure that we have set up.”

Barcelona manager Xavi Hernandez has already decided on his Right-Back for the game against Mallorca
Barcelona sports director Mateu Alemany has three principles and methods on which he negotiates with clubs, agents and players