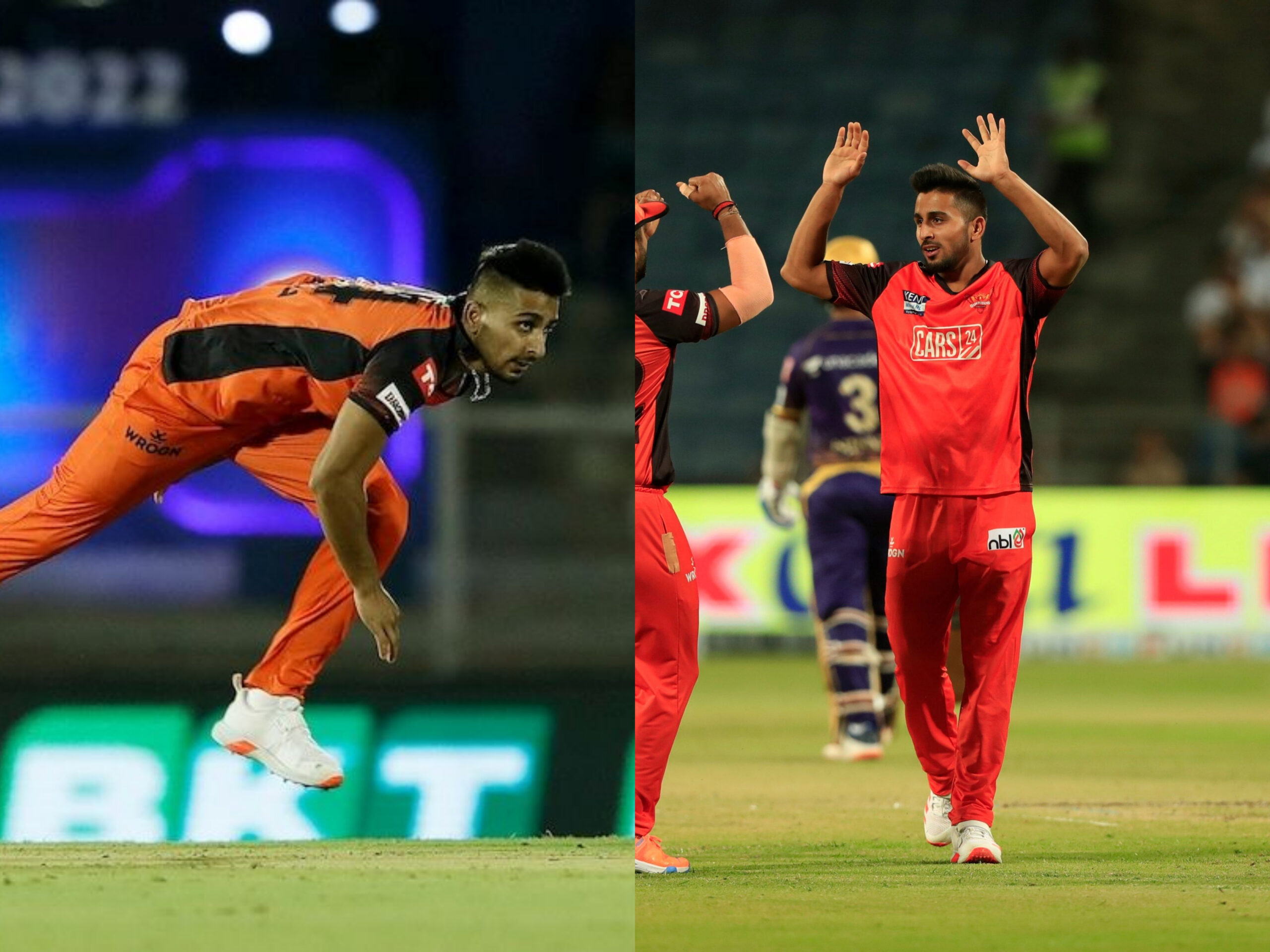 Umran Malik bowled another outstanding spell for the Sunrisers Hyderabad in their fixture against Kolkata Knight Riders on Saturday. In a do-or-die scenario for both teams, Malik took three wickets to rout the top-order, reducing them from 63-1 to to 84-3.

KKR lost Venkatesh Iyer early, but the in-form Nitish Rana arrived at the crease and went after the SRH bowlers in a big way. Rana bludgeoned two sixes and a four off a single over of T Natarajan inside the powerplay, stealing 18 runs from that over. The next over, bowled by Marco Jansen bled for 17 runs as well after Rana smacked two more sixes off him. Despite losing Venkatesh, KKR still put on a healthy 55 runs during the powerplay.

Malik put the breaks on KKR’s brisk strike-rate as soon as he was introduced in the eighth over. He removed the rampaging Rana with just his second ball, a back-of-the-length brute outstide off stump. Rana was late on the pull, it didn’t have enough to clearl ythe boundary, instead landing in the hands of Shashank Singh at the buondary rope. The batter had to go for a 16-ball 26.

Ajinkya Rahane was the next victim, falling in the same over three balls later.Rahane was batting on 24(22), and received a bouncer that he tried to upper-cut to third man. There was not enough power in his shot, and was caught by Shashank again at the cover sweeper boundary.

Malik’s next over, the tenth of the match accounted for Shreyas Iyer. THe KKR skipper had sliced Malik for a couple of fours, but the speedster would get his revenge. Iyer received a snorter, full and on the pads at 147.8 kph and completely missed the length. He ended up flicking it in the air, and holed out to Rahul Tripathi at deep midwicket.

Push him when does well, Back him when he doesn’t. He is still young but with tons of potential. well done my boy #UmranMalik

Push him when does well, Back him when he doesn’t. He is still young but with tons of potential. well done my boy #UmranMalik

If you built a bowler from scratch with the sole purpose of bowling at KKR, they would look very very similar to Umran Malik

Will repeat can't wait to see Jasprit Bumrah & Umran Malik duo in Test Cricket & watching them dominating across the world.!

I'll pay good money to watch Umran Malik and someone like Mark Wood bowl to this KKR top and middle order in Nets, without any restriction on number of bouncers that can be bowled in an over.

‘From carrying RCB to being carried by RCB, he has come a long way’ – Virat Kohli fails again, Twitter heartbroken
‘IPL’s image will take a hit’ – Twitter reacts to allegations of betting and fixing during IPL 2019