“Imagine if Steve Smith wasn’t banned, he would have scored 35+” – Twitter react after Steve Smith scored most Test centuries among the Fab 4 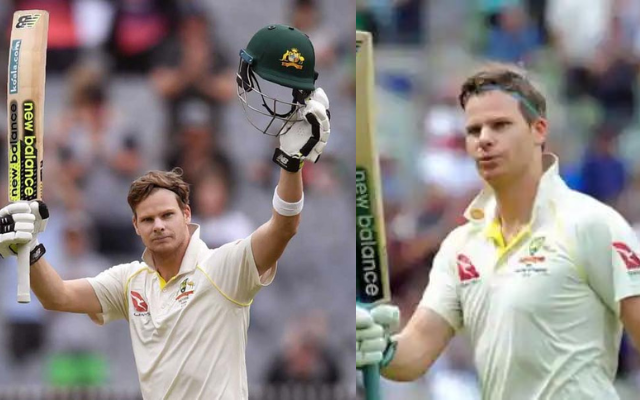 When it comes to fab four batsmen, it reminds us of Virat Kohli, Steve Smith, Joe Root and Kane Williamson. These four players have absolutely been consistent time and time again while playing for their respective teams.

They carved out a reputation for themselves and went on to become modern-day batting greats. While Virat Kohli has been delivering the goods across all formats of the game, Joe Root has been focusing on red-ball cricket at the moment.

On the other hand, Steve Smith and Kane Williamson have been playing across formats for the national cricket team. Steve Smith is dominating the charts in terms of most hundreds scored as far as the purest format of the game is concerned.

Steve Smith scored the most Test centuries among the Fab 4

The last time when Virat Kohli scored his Test century was way back in 2019 during a day-night pink-ball affair against Bangladesh. He also came under fire for his low scores in the recently-concluded Test series against the Tigers.

On the other hand, Steve Smith missed out on a century by 15 runs during the ongoing MCG Test against South Africa. Kane Williamson who is currently involved in the ongoing Karachi Test brought up his 25th Test century in the first innings.

Imagine if Smith wasn't banned.
He would have scored 35+ 🥵

'Imagining' won't increase his century count.
He was guilty, thus punished. No point in imagining it.
And anyways, he is best Test batter among fab 4

No century from last 3 years still only 2 behind.. King for a reason @imVkohli 👑👑👑👑

Smith the GOAT of test currently.

Once upon a time when kohli is far ahead of them

Smith undoubtedly the best test batter of this generation