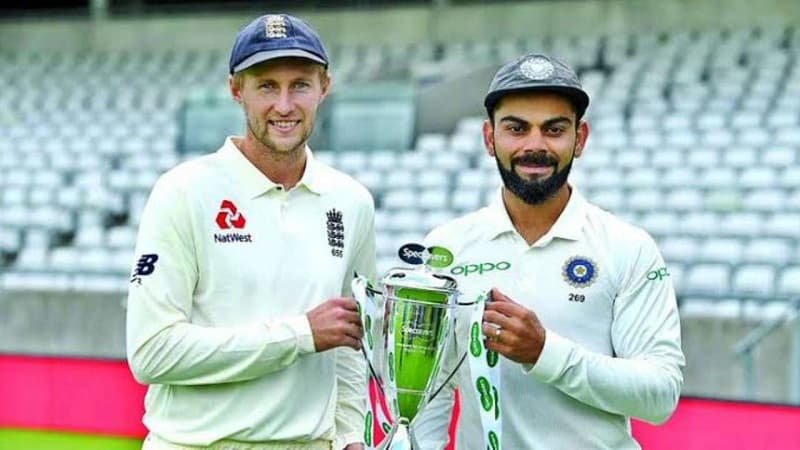 The second edition of WTC between India and Australia will commence on 4th August 2021. The first match is to be held at Trent Bridge, Nottingham. Team India will be led by Virat Kohli and Team England will be led by Joe Root.

The visiting team has an uphill task to perform against the English men. India has faced England for 126 test matches out of which 48 were won by the latte and 26 by Indiar. It seems that team India needs to build strategies to win against the confident hosts.

India’s tour in England will commence on the 4th of August,2021. The time for all matches is scheduled at 3.30 PM as per IST and 11 AM as per Local.

India Vs England 2021 Live Telecast, Where to watch Live Streaming?

India vs England test series 2021 will be telecasted Live on Sony Sports Network in India. The network have been given the telecasting rights on all the sports channels which will give you exclusive footage in different languages. Meanwhile, for streaming the match live through devices, SonyLIV app will stream the match.

England have suffered a big blow ahead of the series as their all-rounder Ben Stokes has taken an indefinite break from the game. The unavailability of Jofra Archer and Chris Woakes might hurt the hosts but they boast of enough capable players to take down India in a home series.

All-rounder Washington Sundar has been ruled out of the Test series with a finger injury. The likes of Ravindra Jadeja and Ravichandran Ashwin lend a perfect balance to the team in the playing. The fans will be hoping for an improved performance from the red-ball team in England.