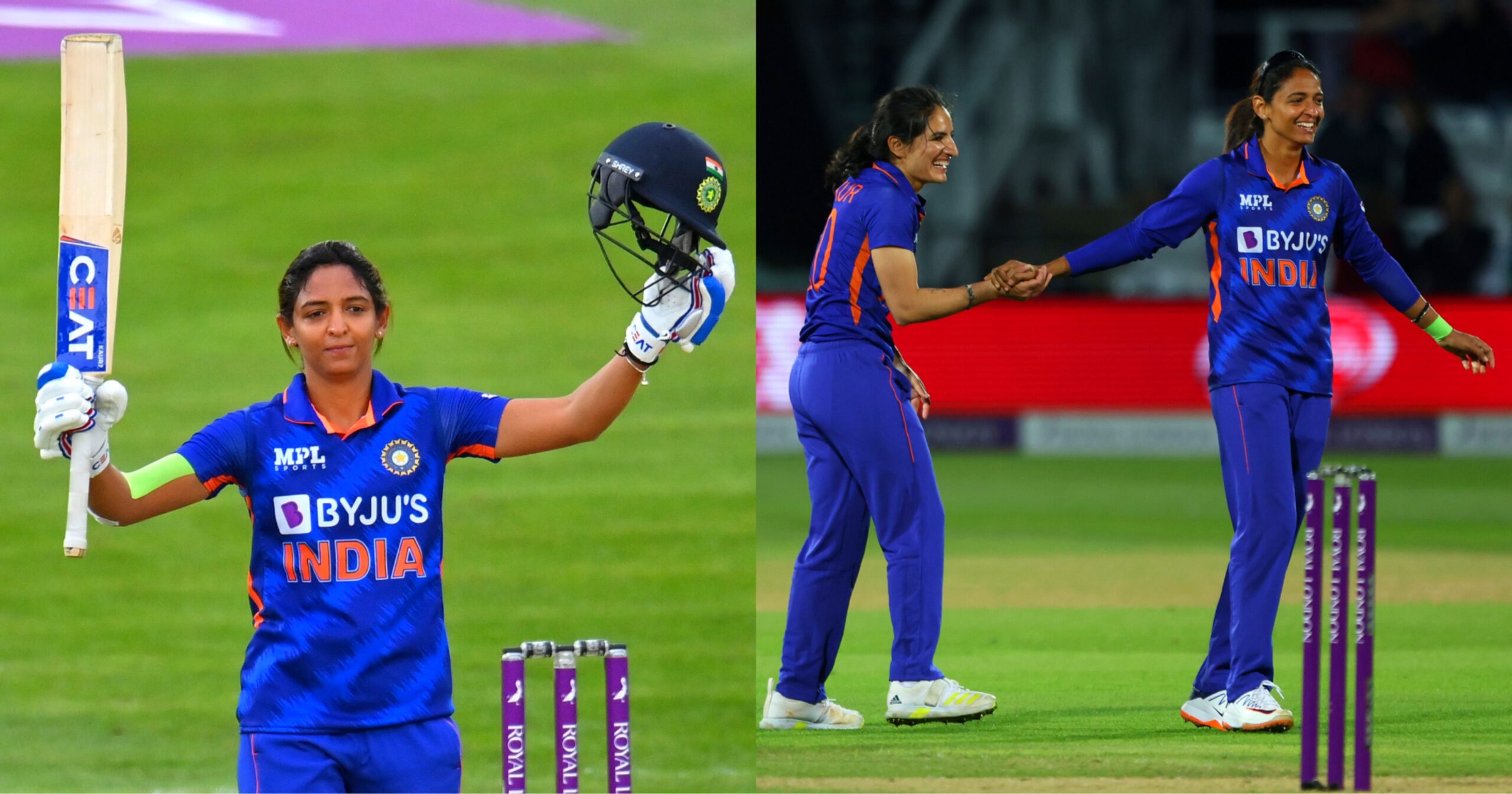 India vs England: It was a thunderous display of grit, gumption and tenacity from Team India against the hosts as they rode on some seraphic batting display to condemn England to unprecedented struggles. Harmanpreet Kaur led the show with an incredible 143 while Smriti Mandhana provided the Women in Blue the jumpstart that they were looking for.

Smriti Mandhana continued with her impressive run of form in international cricket as she stitched an incredible 40 to provide the much-needed platform that was used perfectly by the Indian skipper to sail the boat in the right direction.

Here is what Twitter had to say about India vs England

However, Mandhana’s knock today toppled an incredible record that was held by another Indian ace previously. She became the fastest Indian cricketer to rack up 3000 ODI runs in women’s cricketing roster. She achieved the feat in 76 innings, surpassing the mighty likes of Mithali Raj who took 88 ODI innings to come to these magical figures.

Both the aforementioned names have always been crucial mainstays in the roster of Indian and international cricket. They have terrorized bowlers and the kind of display that they have put up over the years, have helped India to climb higher up the ladder.

Despite the farewell of Mithali Raj in recent times, Mandhana continues to impress with her heroic display and as she calls the shots to rattle the oppositions, India will be heavily relying on her broad shoulders as they walk into the upcoming continental extravaganza.

Riding high on some phenomenal batting, India piled up a mammoth 333 for 5 against England in the second contest as their captain stayed unbeaten for an incredible 143. A special display from Renuka Singh with the ball in her hands sealed the fate of the contest for India as England crumbed for a paltry 245. Twitter was ecstatic as Team India sealed a historic series against England on the latter’s turf.

A brilliant Farewell Gift for the Legend Jhulan Goswamy. 🙌

India win an ODI series against England in England after 23 long years.😀

Top performance by the Team.

Indian men cricket team should learn something from their women counterparts. You can win matches while learning new things. #IndVsEng

Finally, at last India got last wicket and India win the match also pockets series. What a win it was brilliantly set up by Skipper Harmanpreet and then with the ball Renuka singh Thakur. Well played girls. A very good series win for India vs England in England#ENGvsIND

‘If your nation has the same guy then you guys never play him for 59 T20I’s’-Twitter reacts as Matthew Hayden says that Rishabh Pant will always be there in his team’s playing XI
‘So better play him directly in WC warm up games, Let some frauds get exposed before WC’-Twitter reacts as Suryakumar Yadav reveals that Jasprit Bumrah is fit to play