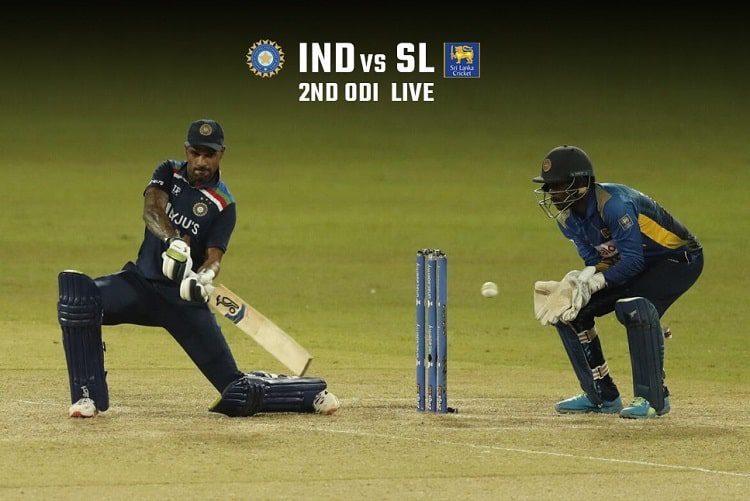 The ongoing 3 matches ODI India tour of Sri Lanka began yesterday on 18th July 2021. The match had taken place in Colombo, Sri Lanka. After winning the 1st match out of three, India is set to score another victory on 20th July 2021. However, Sri Lanka also had a good start. Unlike its previous performance with England, it improved its batting. Check out India vs Sri Lanka 2nd ODI Prediction, Preview, Pitch, Live Streaming.

The Indian team is led by Shikhar Dhawan and the Sri Lanka team is led by Dasun Shanaka. The match will start at 3:00 PM IST, Toss will take place at 2:30 PM which will determine who bats first. Let’s check out India Vs Sri Lanka 2021 Schedule.

India outcasted Sri Lanka in its first ODI match on 18th July. The toss was won by Sri Lanka and they chose to bat. They scored a total of 262 runs in 50 overs with 9 wickets. India swept off the match when they won by 7 wickets scoring 263 runs within 37 overs.

The partnership shown by Shikar and Prithvi made them unbeatable. They had the game in their hands in the first 15 overs themselves. Shikhar scored 86 and Ishan 59 runs. Shikhar remained not out with the partnership of Suryakumar. Chamika Karunaratne remained unbeaten on 43 to ensure Sri Lanka went past 250 in the end.

SL vs IND Head to Head

With India in the lead of the ODI series, they likely win the 2nd match on 20th July. The lineup for the team remains unchanged, where Shikhar and Prithvi will open the innings again. As for Sri Lanka, Dasun Shanaka will lead the side and Avishka Fernando, Mind Bhanuka, and Bhanuka Rajapaksa will form the top order. Both teams have strong openers but the stats of how they’ve played in the past favors team India.

R. Premadasa Stadium in Colombo will host Sri Lanka vs India 2nd ODI. It is not a high-scoring ground in ODIs and the majority of the totals at this ground are between 250-300. The average first innings score is 235 while the average second innings score is 195 in ODIs.

Where to Watch Live Streaming of Sri Lanka vs India 2nd ODI?

For Indian Viewers Sony LIV, Sony TEN 2, and Sony TEN 2 HD will be providing the live telecast of the entire match. Also SonyLIV is given the rights to provide the LIVE footage of the match. Check out the list below for different nations: